Speaking of intellectual property (IP) protection, lawyers generally represent the rights holder, assisting him in establishing his IP rights in China and using such means as litigation, anti-counterfeiting actions, etc. to protect those rights. However, in numerous circumstances, the client may be in an unfavorable position in an IP conflict. For example, a foreign company has yet to enter the Chinese market but its trademark has already been pirated by another; when the foreign company’s products are about to enter the Chinese market, the pirate applies for customs seizure on the strength of the pirated trademark, or even institutes an infringement action as a means of demanding that the foreign company satisfies his monetary or business claim. Furthermore, a third party may claim that the client’s products or services constitute patent or copyright infringement. If such infringement claims are inadequately addressed, they could pose a fundamental obstacle to the development of the client’s business in China. Accordingly, responding to an IP conflict under adverse circumstances is also a subject of utmost importance.

Generally speaking, responding to an IP conflict under adverse circumstances may be approached from a legal or business perspective. From a legal angle: once an IP conflict occurs and the other party asserts his rights, not only is it necessary to consider the IP itself that is embroiled in the conflict, but also to consider the response plan from multiple dimensions, such as other types of IP owned by the client, unfair competition, etc. In addition to passively responding to a suit or mounting a defense, a legal action to confirm non-infringement, or a countersuit or other manner of legal action can be considered in the response plan.

For example, as mentioned above, when a customs seizure occurs or an infringement action is instituted after the pirating of a trademark, it is necessary to first analyze whether all of the client’s products are destined for export; if they are, consideration can, in light of the perspective recently expressed by the Supreme People’s Court on original equipment manufacturers, be given to mounting a non-infringement defence on the grounds that use as per the Trademark Law is not constituted. If the pirate has only carried out customs recordal, runs interference and stretches out the matter without instituting a legal action, consideration can be given to actively instituting a legal action to confirm non-infringement so as to squelch any future problems.

Frank Liu is a partner at Jincheng Tongda & Neal 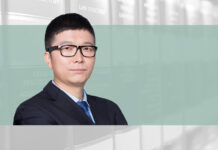