The amended Anti-Unfair Competition Law, officially adopted by the National People’s Congress standing committee on 4 November 2017, will be implemented as of 1 January 2018. Compared with the existing Anti-Unfair Competition Law, which has been implemented since 1993, the new law provides holders of trade secrets with more complete and specific protections, while imposing more rigorous sanctions on infringers.

According to past judicial decisions and the related judicial interpretations of the Supreme People’s Court (SPC), the primary standards to determine a trade secret being “practical and able to bring economic benefits to the holder” include the actual or potential commercial value of relevant information, and whether it can bring a certain competitive advantage to the right holder.

The new law expands the scope of information entitled to protection as trade secrets by deleting the profitability requirement. Accordingly, laboratory products, data and other preliminary research results not yet introduced into the market may be considered trade secrets under the new law, even if they did not bring actual economic benefit to the right holder.

With this provision soon becoming effective, companies should exercise extra caution to control risks when recruiting and hiring new employees, especially those from its competitors. The authors recommend that, during the hiring process, the company verify whether a new hire is under non-compete obligations to his or her former employer, whether any valid non-compete agreement with his former employer is in place, and whether the non-compete term has expired. In addition, we would recommend that companies require that any new hire agrees in writing not to use any trade secret of which he or she is aware during previous employment. If the new employer fails to do so, it may be deemed to have committed trade secret infringement and be held liable under the new law.

More importantly, the new law makes it clear for the first time that in a trade secret infringement case, the court can award damages of up to RMB3 million (US$450,000), considering the actual circumstances of the case, if both the actual losses sustained due to the infringement and the benefits gained as a result of the infringement are difficult to determine.

Determining such losses and benefits have proven to be very difficult based on previous judicial practice, and that was why so many trade secret holders have won lawsuits without being awarded appropriate damages. By expressly setting a compensation cap at RMB3 million, the new law will undoubtedly boost the confidence of those who protect their lawful interests while deterring potential infringers.

Moreover, according to the new law, if a business operator infringes upon any trade secret, the supervision and inspection authority may order it to stop the illicit activities and concurrently impose a fine of RMB100,000 to 150,000, or RMB500,000 to RMB3 million in serious circumstances.

In conclusion, before implementation of the new law on 1 January 2018, companies need to review and update their current processes and systems relating to trade secret protection, recruitment and hiring to prevent potential risks. 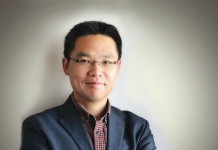 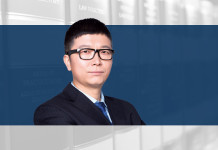