Reform of state-owned enterprises (SOE) has markedly accelerated in recent years. The author wishes to briefly sift and sort the policies on the mixed-ownership reform of SOEs under the central government and in key municipalities during the past three years.

Central policies. On 24 August 2015, the Central Committee of the Communist Party of China and the State Council issued the Guiding Opinions on Intensifying the Reform of SOEs (the guiding opinions), setting forth guiding principles for promoting the mixed-ownership reform of SOEs, bringing in non-state-owned capital to participate in the reform of SOEs, encouraging the use of state-owned capital to take equity stakes in non-state-owned enterprises by various means, exploring the implementation of shareholding by mixed-ownership enterprise employees, etc.

Author: Cindy Hu is a partner and Yang Hui is a trainee at East & Concord Partners 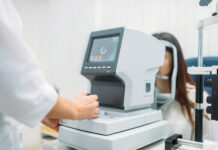 Investment and M&A modes in the senior care industry