The notice on the Answers of the Guangdong Provincial Higher People’s Court on Difficult Questions Concerning the Trial of Labour Disputes (the answers), issued on 1 August 2017, set forth specific provisions on key topics on labour disputes that have long been the subject of concern in the province. We take a closer look at some of the important provisions below.

Are workers under new employment arrangements in an employment relationship with their employers? In this special time where the wave of the internet economy is driving a new round of industrial transformation and upgrading, certain new employment arrangements, e.g. express deliverers for takeout platforms, ride-hailing drivers, webcasters, etc., present difficulties in determining whether the individuals involved are in an employment relationship with the sharing economy platforms.

The answers set forth the criteria for the “two-track system” in relevant industries, such as express delivery – in principle, the relationship between an express delivery employee and his or her employer is determined by the agreement between them. However, the parties should be found to be in an employment relationship when the various labour rules and regulations formulated in accordance with the law by the employer apply to the worker in question, the worker is also subject to the labour management of the employer, he or she engages in the remunerated work arranged by the employer, and the labour that the worker provides is a constituent part of the employer’s business. In such a case, the employer is required to assume the responsibilities under such employment relationship.

With respect to the car hire industry, the answers specify that if a hired car driver who operates by contracting or leasing the vehicle claims an employment relationship with the car hire company, the same should be upheld. This greatly increases the potential operating costs and compliance risks of car hire companies and platforms.

If an employee violates family planning regulations, can the company terminate the employment relationship? There is an ongoing debate on this question in practice. In 2012, the State Council issued the Special Provisions for the Labour Protection of Female Employees, expressly specifying that an employer should not reduce the wages, dismiss or terminate the employment contract of a female employee because she is pregnant, gives birth or is nursing.

In the same year, the Shenzhen municipal human resources and social security authority held a conference on difficult issues in the management of employment contracts and issued meeting minutes. They specify that an employer may not terminate the employment contract of a female employee on the grounds that she has violated family planning, unless otherwise provided in her employment contract, the collective contract or rules and regulations.

This provision reminds an employer that, when carrying out a large-scale relocation, it should duly prepare a suitable preliminary plan and, to the extent possible, provide the conditions that would facilitate continued performance by its employees of their employment contracts, so as to avoid paying a large amount in severance pay.

In summary, the answers provide new interpretations for past difficult labour dispute issues, and we would recommend that enterprises promptly revise their practical methods so as to avoid potential risks.

Author: Patrick Gu is a partner at DaHui Lawyers 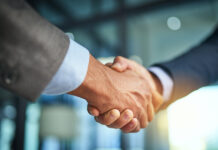 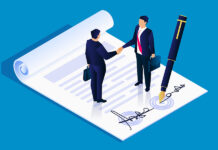 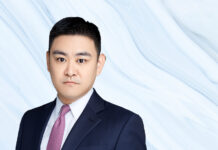