Non-fungible Tokens (NFTs) are rising in popularity in South Korea. The country’s high-tech industry, paired with its prowess in pop culture products such as K-pop and video games, make it a fertile ground for the NFT business. According to Google Trends, as of 1 November 2021, South Korea ranks fourth in the world in terms of interest in buying NFTs.

Searches for NFTs overtook cryptocurrencies at a ratio of 74% to 26%, underscoring NFTs’ stardom in the virtual assets market. Recent NFT sales also speak to this enormous popularity. The digital animation work by famous Korean artist Jang Koal of a woman petting a cat, titled Mirage Cat 3, sold for 3.5 Bitcoin, or about KRW200 million (USD168,314), and Mr Unknown’s work, Money Factory, sold for 200 Ethereum this April, or more than KRW1.1 billion.

Despite its popularity, the legal status of NFTs under Korean law remains indeterminate. Although the recently passed amendments to the Act on Reporting and Use of Specific Financial Information provided a great deal of clarity on cryptocurrency regulation, the application of the law on NFTs is not yet clear, mainly on whether NFTs would be considered as virtual assets defined by the act. Given Korea’s potential as a major player in the NFT marketplace, regulatory developments concerning NFTs deserve close attention.

Major Korean corporations such as Samsung Next and CJ OliveNetworks (CJ Group’s IT branch) have taken significant steps to invest in NFTs and develop NFT-based ticketing solutions. Established financial institutions such as Ground X (a blockchain subsidiary of Kakao), Mirae Asset Securities, Shinhan Bank and Hanwha Asset Management have endorsed the idea of integrating NFTs into their product offerings or business models.

South Korea’s strength in pop culture, with globally popular music groups, TV shows and video games, makes the country fertile ground for the future of NFTs. The first NFT marketplace in Korea (which opened on 31 March 2021) included a “lighter with the ‘casano’ pattern”, which appeared in the popular Korean drama Vincenzo, and have been sold in a limited quantity of 100 as NFTs at 0.13 Ethereum (USD250) per piece.

The big three K-pop agencies – SM Entertainment, YG Entertainment and JYP Entertainment – have announced plans to invest, partner or release NFTs of their artists. BTS, the world’s biggest music group, is also joining the fray. On 4 November 2021, HYBE (BTS’ agency) announced that it had partnered with Dunamu, a blockchain company, to establish a joint venture to branch out into the NFT marketplace.

Although K-pop and Korean dramas tend to attract more headlines, the true engine of Korea’s pop culture machine is its video game industry. In 2020, 66.9% of Korean exports in the content industry were video games, dwarfing the sales of K-pop (6.4%) and TV shows (4.5%). Major South Korean gaming companies such as have announced plans to integrate NFTs into their products and platforms.

Upon the announcement, the share prices of NCSoft rose by 30% (the daily limit in the South Korean stock market) and Krafton by 22%. Another player, Kakao Games, announced its partnership with Lion Heart Studio, the developer of the most popular online game this year, “Odin: Valhalla Rising,” to enter the global NFT market.

Despite its popularity and promise, the legal status of NFTs under Korean law is unclear. The debate centres around whether NFTs are virtual assets as defined by Korean law. On 5 March 2020, the National Assembly passed a series of amendments to the Act on Reporting and Use of Specific Financial Information, greatly clarifying the regulations of Korea’s thriving cryptocurrency industry.

Under the amendments, a virtual asset is defined broadly as an “electronic certificate with an economic value that may be traded or transferred electronically,” thereby allowing future developments and innovations to be included under these regulations.

Yet even this broad definition has several exceptions: (1) An electronic certificate that cannot be exchanged with money, goods or services, or a certificate of which the issuer restricted the exchange with money, goods or services; (2) electronic versions of the previously existing asset classes, or electronic certificates that were not intended to serve as real-life currency; (3) electronic versions of stocks, promissory notes or letters of credit; and (4) currencies and items used in video games.

Whether NFTs would be included under this umbrella definition remains unanswered, and the Korean government is yet to produce a unified response. Whereas the FSC, the country’s financial regulator, announced that it might impose a tax on NFTs by treating them as virtual assets, the Ministry of Strategy and Finance was more hesitant, saying the status of NFTs as virtual assets is as yet undetermined.

The next question is whether NFTs fall under one of the exceptions to this definition. Electronic certificates that cannot be exchanged with money, goods or services, or of which such exchanges are restricted, cannot be considered as virtual assets.

According to guidance from the Financial Action Task Force (FATF) on virtual assets – the international organisation dedicated to combating money laundering and terrorism financing – examples of these would be airline miles, credit card awards, or similar loyalty programme rewards or points. As NFTs can be exchanged with money (as we have seen in their high-value sales) and generally are not considered a loyalty programme reward, they likely do not fall under this exception.

Ultimately, factors outside of domestic politics may affect the Korean government’s decision. As a member of the FATF, South Korea is bound to its guidelines as the “industry standard for anti-money laundering and counterterrorism financing obligations”. According to FATF’s new guidelines, NFTs are virtual assets.

Would the registration requirement extend to an individual artist offering NFTs of his/her digital artwork on a peer-to-peer basis for a relatively low amount of money? The precise taxation category also remains an issue. The FSC stated that NFT transactions should be taxed as other income, but the income generated from artwork sales is usually considered to be capital gains.

Should South Korea begin treating NFTs as virtual assets, market participants should familiarise themselves with the regulations concerning virtual assets and virtual asset business, especially those regarding certification and anti-money laundering security requirements. 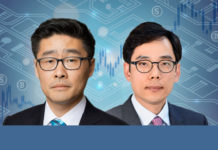 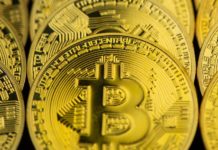 A regional comparison of developments in crypto law

Examining developments in cryptocurrency law around the region is like taking a litmus test to measure the flexibilty and depth of competency of these legal systems. Staying up to speed is crucial 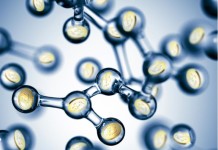 Cryptocurrency laws and regulations in Asia