Purpose of the amendments

Since 2007, the number of authorised remote piloted aircraft operators has increased from fewer than 25 to more than 500. An industry that was formerly limited to military purposes has evolved into a buzzing commercial and recreational space, with drones now commonly used for such diverse purposes as aerial photography, infrastructure inspection and surveying. This expanding usage has prompted CASA to reconsider the regulatory framework it first devised in 2002, introducing amendments to reduce red tape and accommodate low-risk beneficial use. 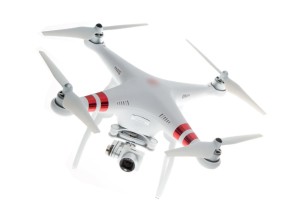 The purpose of the amendments is to differentiate between low and high-risk operations, reduce the cost and requirements for those that are lower risk, and have more complex operational matters dealt with in a future Manual of Standards, which will be developed in conjunction with the industry. Whether an operation is lower risk will be determined by reference to weight and operational use of the aircraft.

The Regulations’ terminology will align with that of the International Civil Aviation Organization.

Weight classifications have been introduced, namely:

Currently, commercial operators of all RPAs must hold either an Unmanned Aerial Vehicle Operators Certificate (OUC) or Remote Pilot Certificate (RPC), now called a Remote Pilot Licence (RPL). Both these qualifications require the applicant to undergo rigorous and costly training programmes involving obtaining the Aircraft Radio Operator’s Certificate, passing theory and practical assessments, and participating in flight training. The cost of these training programmes is usually between A$2,500 (US$1,900) and A$3,000.

The amendments mean certain commercial operators can now operate without needing to obtain certification. CASA has classified what it considers to be lower risk RPA operations as excluded RPAs, exempt from licensing requirements.

Commercial operators of excluded RPAs (except for micro RPAs) must still notify CASA that they intend to use the drone for hire or reward (i.e., for any form of remuneration), with CASA planning to create a live database tracking these notifications.

The regulations also incorporate 11 strict liability offences, which attract a penalty of up to A$9,000 (being 50 penalty points), meaning there are now 20 offences relating to drones, all of which are strict liability.
These include:

• Operating an unmanned aircraft in controlled airspace (being airspace subject to air traffic control) or beyond the operator’s visual line of sight;

• Not complying with the Manual of Standards;

• Launching or releasing an autonomous aircraft;

• Operating a non-excluded RPA without certification;

• Not notifying CASA of operating anything but a micro RPA; and

• Not keeping records and providing information to CASA as required.

CASA still carries a heavy evidentiary burden in prosecuting on any of these grounds, so it is unclear how regularly these penalties will be imposed. 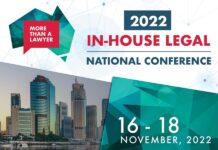