Home Spotlight The power of persuasion

A critical part of a lawyer’s job is being a good negotiator. It requires people skills, well-ordered priorities and a positive approach to doing business, writes Ritika Sharma.

A single negotiation can make or break the prospects of any enterprise. To demonstrate how negotiation skills can be decisive for businesses, let’s have a closer look at a major deal that not only changed the fate of a company, it transformed an entire industry.

In 1980, intense rounds of negotiations were in progress at a discrete IBM office between the company’s executives and Bill Gates, the founder of up-and-coming tech startup, Microsoft. While negotiating royalty payments for licensing the DOS (disk operating system) software, Gates agreed to a very modest royalty payment.

On paper, IBM seemed to have secured a better deal. However, Gates’ stroke of genius was in keeping the DOS licence non-exclusive. This meant that Microsoft could sell the rights of the software to other companies. Gates had realized that the real money was in software, not hardware. Prudently, he incorporated this key insight into the terms of the agreement.

As the years rolled by, Microsoft licensed DOS rights to companies across the globe, amassing huge amounts of wealth. A single clause in the IBM deal paved the way for Microsoft to become one of the biggest companies in the world.

Harvard Professor Michael Wheeler defines negotiation as “a dynamic, interactive process”. The dynamism of corporate negotiations arises from the need for custom strategies to address ever-changing scenarios. A strategy can prove to be extremely successful in one scenario, while being catastrophic in another. Consequently, it becomes imperative to approach every negotiation with due preparedness, which implies doing all the homework beforehand while avoiding the rigidity of a one-size-fits-all formula.

Most businesses large and small retain lawyers to prepare a fair contract, and also to act as middlemen for reaching an agreement on reasonable terms for each party. Therefore, acing the art of negotiating big-ticket deals involving complex contractual terms is a highly respected skillset in the profession. This role, however, is not new. From law firms to in-house legal counsel, contract negotiations are a matter of professional identity. Only the degree of mastery sets the eminent apart from the ordinary.

In India, the negotiation process is protracted and does not always lead to a quick and easy conclusion. This is due to a myriad of factors, a major one being that negotiations in India are more often than not driven by excessive reliance on hierarchy and an ingrained culture of indulging in extensive analysis of the subject matter. It is therefore important for lawyers to know how to perform well in such an environment.

The first step is to equip oneself with all the relevant information and facts pertinent to the deal. Information asymmetry can give one side a decisive advantage, just as observed in the IBM-Microsoft deal.

The second step is to have well-ordered priorities before the first meeting takes place. There should be “interest-based bargaining” – this helps the negotiator have a clear divide between the “must have” and “good to have” elements of negotiations – so that the focus can be on the battles that matter. Otherwise the negotiation could turn hostile and create unnecessarily long discussions.

Third, it is prudent to have a fair and reasonable approach. Most corporate relationships are long term in nature and it does not bode well to squeeze one party over a single deal. Word of mouth can harm a company’s reputation. Effort should be made to view any particular aspect of the contract objectively so that no clause is onerous on one party.

One can only expect the other party to do or comply with something that one would be willing to do oneself. Sometimes, it may be difficult to determine what constitutes “onerous and demanding” terms. In such situations, it is best to follow certain precedents and take guidance from already set business standards and market practices.

Fourth, negotiation is a managerial skill. The art lies in effectively managing the entire process to ensure that a perfect deal or settlement is arrived at within a stipulated time limit, while ensuring that no important items of discussions have been left off the agenda. This helps avoid protracted negotiations that can become gruelling and have a heavy cost for both parties. However, what’s important here is the manner in which one addresses such situations so that it does not cost the relationship with the counterparty.

The fifth best practice centres around the virtues of patience, calmness and active listening. In negotiations, being a good listener assures the counterparty that their stance is being clearly understood and respected. To reciprocate, the counterparty might even be more receptive to your proposal. In contrast, impatience on the negotiating table can cause stress, anger, and at times even uproot a budding relationship.

Collaborative problem solving is a negotiating trait possessed not only by individuals, but by teams. This is a desired approach for general counsel or legal counsel in leadership roles.

Finally, team spirit is key to a successful negotiation because an enforceable contract acts as a foundation for building a relationship not just between legal entities but between two or more teams. It is vital to take the collective opinion of the entire team from both parties into consideration. However, this negotiating skill is probably the toughest of all to master. A team may consist of various stakeholders such as lawyers, business representatives, subject-matter experts, chartered accountants, investment bankers and others.

Effectively understanding each stakeholder’s language and perspectives is imperative. In other words, ascertaining the varying perspectives from each stakeholder and assessing the implications on the deal in real time is a core leadership skill. It’s very easy for each stakeholder to propose unreasonable conditions, which they visualize as possible. Ultimately, the decision and responsibility reside with the team leader, who must arrive at a reasonably practical legal decision while factoring the counterparty into the calculations. This keeps the deal reasonable and avoids stalemates or deadlocks in negotiations.

As a leader or a general counsel, one not only has to ensure the inspiration, motivation and engagement of co-workers, vendors and customers, but must also ensure that the company’s productivity and profitability are not being compromised.

Contract negotiations have legal as well as business considerations to contend with. Generally, the business representatives play the “good cop”, while the lawyers invariably play the “bad cop” at the negotiating table. Understandably, business leaders maintain a friendly facade as a peacemaker in order to maintain the relationship with the counterparty.

It is therefore challenging for legal counsel in leadership roles to arrive at a harmonious decision. In such situations, leaders and general counsel should put on their collaborative problem solving hat and aim for a win-win solution for both their team and external stakeholders. In order to achieve this objective, certain tools have recently been used by general counsel and lawyers across the globe.

Several innovations in negotiating tactics have emerged across the globe in response to the rising complexity of commercial contracts. Several of these approaches follow a scientific methodology to arrive at negotiating decisions. A recent trend is to allow creative and innovative thinking, rather than following a strict standard operating procedure, to arrive at a mutually beneficial agreement.

For this, the ZOPA (zone of possible agreement) is calculated, and this enables a negotiator to set out a minimum or maximum range of metrics. This defines the scope of negotiations, for instance, the lower and upper limits of a price at which a company’s stocks can be sold to a counterparty.

Another approach is to figure out a BATNA (best alternative to a negotiation agreement) even before approaching the negotiating table. The BATNA aids in preparing for a worst-case scenario should a deal or a transaction not be forthcoming. The elimination rule has always been a life saver where essentially leaders take a crack at eliminating all the options that harm either party. If things go from bad to worse, the BATNA always keeps the exit door open for either party.

Negotiation is not a single skill, but a set of skills. These skillsets, when used in conjunction for the purpose of negotiations, are what makes one a master negotiator. A few skills that fall under this category include verbal and written communication, subject matter expertise, an ability to think on one’s feet, an ability to endure high-pressure situations, risk-taking, doing the relevant homework, creative brainstorming, teamplay, honesty, patience, empathy and assertiveness.

Among the meta-skills possessed by a skilled negotiator, people skills are by far the most important. People skills bring all stakeholders to the table. Understanding the counterparty’s perspective is critical to know whether the deal can be a possible win-win or not. And for that, pure analytical intellect is not enough. Skilled negotiators do not usually adopt a win-lose strategy. Instead they think win-win, because they are in business with each other usually for the long term.

In order to understand the magnitude of the long-term impact a single negotiation can have, let us examine a story of a negotiation gone wrong. In 1885, representatives of 13 European states, the US and the Ottoman Empire had converged to discuss the fate of Africa to satisfy their colonial ambitions and arrive at a truce with each other. Conspicuously, this meeting did not have a single representative from Africa.

The colonial stakeholders ended up dividing Africa on the map with straight lines, for the sake of simplicity, while completely disregarding the natural geographic and cultural borders of the continent. This opened a pandora’s box, and to this day it is the prime reason for ethnic conflicts within various African nation-states, between peoples who vastly differ from each other in their culture and ethnic make-up despite being citizens of the same nation. This is how a single ill-prepared negotiation can have long-lasting negative effects.

To explain negotiation skills, the author often compares it to a ballet dance. In ballet, there are certain dazzling and difficult steps the ballerina performs that may be difficult for the audience to grasp. However, with practice and dedication, the difficult dance of ballet can be mastered. An ace ballerina makes ballet look really easy. But hidden behind the visible simplicity are years of dedicated hard-work and practice. Honing one’s negotiation skills is no different. 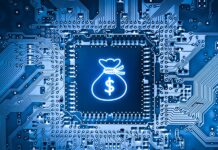 Due diligence checklist for tech acquisitions

Why have several India-focused foreign lawyers changed jobs recently?
In-house legal teams have guided companies to understand CSR regulations during the pandemic
Do lawyers have a duty to help avert a climate catastrophe?