As the number of enterprise groups in China has increased, the phenomenon of affiliates jointly going into bankruptcy has also become more common. Once a member of an enterprise group enters a bankruptcy procedure, whether its affiliates will also simultaneously enter the procedure with it has consistently been an issue of concern to creditors.

This is mainly because, pursuant to the Minutes of the National Conference on the Bankruptcy Adjudication Work of Courts, issued by the Supreme People’s Court (SPC) in March 2018, if affiliates simultaneously go bankrupt and the same is governed by the “de facto merger” bankruptcy procedure, it can result in enterprises with assets that still exceed their liabilities nevertheless being dragged into the bankruptcy procedure, and the property of all of the affiliated members put into the pot and used to repay all of the creditors of all of the members.

In such a procedure, the interests of the relevant creditors will be reapportioned, and the repayment ranking and anticipated repayment rate of almost every creditor will be materially affected. This article looks at the situations in which a court will apply the “de facto merger” procedure.

The minutes issued by the SPC sum up the conditions for the application of de facto merger into three items: (1) a high degree of entanglement of legal personalities; (2) the cost of distinguishing the property of each affiliate member being overly high; and (3) materially harming the interests of the creditors in equitable repayment. The specific understanding of these three conditions by Chinese courts in judicial practice is as follows.

This is the primary condition on the basis of which a court determines whether to apply a de facto merger, which is generally understood as “material loss of independence of the property of the legal persons” and “materially harming the interests of creditors in equitable repayment”.

In practice, the entanglement of the assets of affiliates, of their accounting books and bank accounts, of their places of business, and of their senior executives, control of their business decision-making by one company and lack of autonomy to make their own decisions, or of management freedom and other such circumstances, are common factors that lead to courts finding that there is a “high degree of entanglement of the legal personalities”.

The SPC has pointed out in one guiding case that it has issued that, “the intersection or entanglement of the personnel, business, property, etc., of affiliates results in their respective property being indistinguishable and a loss of independent personality, constituting an entanglement of personalities”.

In the Minfa Securities bankruptcy liquidation case heard by the Fuzhou Intermediate Court, the court discovered that the registered shareholder of four affiliates had not actually made a capital contribution, the registered capital of all of them came from Minfa Securities, and the organizations, personnel, business, and assets and liabilities of each of the affiliates were entangled. The court hence found that the four affiliates did not have independent legal personalities, so the conduct of bankruptcy liquidation should be governed by the de facto merger rules.

In the Zongheng Group Six Company Reorganization case heard by the Shaoxing Intermediate Court, the court discovered that the six affiliates were actually controlled by a group company; none of the affiliates had the autonomy to make their own decisions or management freedom. Their finances, senior executives, internal organizations, places of business, and assets and liabilities were entangled; multiple overlapping loan security relationships existed among them; and even the registered capital of each of the affiliates was provided to them by the group company by way of a loan, which, after capital verification, was completely withdrawn illegally. So the court found that the legal personalities of the six companies were highly entangled with that of Zongheng Group, thus calling for de facto merger reorganization.

Cost of distinguishing the property of each affiliate member overly high

This is a relatively objective criterion, determined mainly based on distinguishing the necessary expenditures. In practice, the internal transactions of affiliates with entangled personalities are usually complicated, their account book records a mess, and their dealings are of relatively long standing, making it difficult to ascertain the specific circumstances of each of the relevant dealings.

If, under such a circumstance, the system of right of revocation, invalid act system, etc., is applied to distinguish the property of the affiliates, the time or monetary costs will be overly high, making it inimical to the efficient progress of the bankruptcy procedure. Use of a de facto merger is called for in dealing with such a situation.

Materially harming the interests of the creditors in equitable repayment

Examples commonly seen in practice include: a debtor transferring almost all of its assets to a newly established entity or a different entity owned by it, the objective of which is to preserve and retain such assets for its own benefit; hampering or deceiving creditors, or procrastination; and using a Ponzi scheme or other such fraudulent scheme.

In short, currently in China the conditions for the application of de facto merger bankruptcy by courts still mainly revolves around a “high degree of entanglement of legal personalities” when it comes to making a determination, while also taking into consideration “the overly high cost of distinguishing property” and “equitable repayment of creditors” as secondary criteria.

In actual practice, certain courts will engage an intermediary firm to produce a dedicated audit report addressing whether there is entanglement of the enterprises’ property, operations, personnel, etc., and then use this as a referential basis on which to decide whether to proceed with a de factor merger bankruptcy. 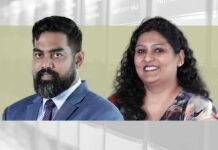 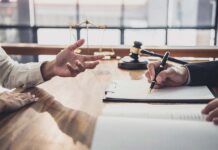