Recently, the proprietary technology for the production of food products bearing the well-known Chinese trademark “Lao Gan Ma” was divulged and used by a former employee, who was arrested for allegedly committing the crime of infringing trade secrets. The police determined that the amount involved exceeded RMB10 million (US$1.46 million). This case has again made the protection of trade secrets a focus of attention and debate among large companies.

Establishment of a sound non-disclosure system

A company can specify, in the employee handbook, provisions of principle for the protection of trade secrets, and formulate specific rules and regulations for the management of trade secrets (which gives rise to the corresponding legal validity), to ensure that there are specific systems that can be relied upon at each stage of the company’s operations where protection of trade secrets is involved. The company is also required to seek the opinions of its employees through democratic procedure when formulating the rules and regulations, and bring them to the employees’ attention once they have been issued.

Sun Jinlin is a partner at Jincheng Tongda & Neal 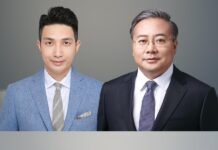