The amendment clarifies that the SICC can hear matters related to, among others, the enforcement or setting aside of arbitral awards that are traditionally referred to the High Court for adjudication.

Osborne Clark’s best friend in India, BTG Legal, has opened an office in Bengaluru. The office has three lawyers and is currently located in a WeWork space.

BTG Legal is headed by Prashant Mara, who was an associate at Osborne Clark in Germany before returning to Mumbai to set up the firm in 2014. BTG Legal currently has 20 lawyers, which includes four partners.

US firm Cooley has opened a Beijing office and recruited investment funds lawyer Xun Zeng from Ropes & Gray as its first resident partner.

Two Cooley associates have moved from Cooley’s Shanghai office to support the launch. The firm has four China-based partners who will be dividing their time between the Beijing and Shanghai offices: Pang Lee, Patrick Loofbourrow, James Lu and Christina Zhang.

KWM chief executive partner Beverley Cox said the plan was devised to allow students to mirror the work carried out by trainees in the law firm via the online platform. InsideShepa’s website also lists Clifford Chance’s Australian offices as a participant.

US law firm Troutman Sanders announced it is winding down its Asian operations and closing its offices in Hong Kong, Shanghai and Beijing after 20 years in the region.

The firm said that, after a strategic review it had concluded, there was not sufficient business overlap with the rest of the firm.

The offices will close from the end of May, impacting a total of 30 lawyers.

McBride is a contentious regulatory partner and will be a member of the white collar defence & investigations practice. Su has rejoined the firm from Kirkland & Ellis as a partner in the corporate department.

Baker McKenzie acted for Australian probiotic market leader Life-Space Group owners in the sale of 100% of its shares to China-based BY-HEALTH Group.

The transaction is subject to customary approvals and implies an enterprise value for Life-Space Group of up to A$690 million (US$542 million). Baker’s lead partner on the transaction was Richard Lustig.

Gerrit Jan Kleute has joined HHP Law Firm from Clifford Chance, where he worked in the firm’s offices in Amsterdam, London, Singapore and Jakarta (through its associated firm LWP).

K&L Gates has recruited Kamil Gerard Ahmed as a counsel in its banking and asset finance practice in Singapore.

Ahmed joins the firm from Clifford Chance, where he was a senior associate in the asset finance practice of their Bangkok and Singapore offices.

Ahmed has experience advising on the financing, leasing, trading and repackaging of aircraft and equipment assets, including tax-driven structures.

The firm has had a base in the country since late 2015, when it hired Baker McKenzie’s former Yangon office managing partner Chris Hughes to lead the launch.

Walkers announced that Callum McNeil has joined its Hong Kong office as a partner in the firm’s insolvency, restructuring and dispute resolution group.

Holman Fenwick Willan (HFW) has hired three new partners to strengthen its Singapore office, taking the firm to 18 partners in the city-state.

K&L Gates has appointed two partners with expertise in infrastructure to their offices in Melbourne. Luke Westmore and Zac Kerr join K&L Gates from Mills Oakley.

Westmore has more than 16 years of experience working as a projects and infrastructure lawyer, while Kerr concentrates his practice on transport, energy, water and social infrastructure projects.

Norton Rose Fulbright announced that disputes lawyer Penelope Ford has been recruited as a partner in Perth.

Ford is moving from Minter Ellison, and has a particular focus on managing complex, high stakes construction disputes.

White & Case has opened an office in Uzbekistan capital, Tashkent, focusing on disputes and large cross-border matters.The firm has been active in the country for more than 25 years, including representing the Uzbekistan government and overseas investors on significant arbitration and trade matters.

AnJie Law Firm has hired Wu Yuanyuan to its Shanghai office as a partner in the firm’s antitrust practice focusing on both antitrust and commercial
dispute resolution.

Wu is a lead lawyer on antitrust compliance and risk management for Chinese and foreign-invested enterprises, and is also a member of the competition and antitrust committee with the Shanghai Bar Association.

Previously at Ashurst, Scott has a corporate advisory practice with a front-end energy and resources focus. He brings over 20 years’ experience of developing natural resources projects in Australia, PNG and Indonesia.

Yang Tiecheng has joined Han Kun Law Offices as a partner in its Beijing office. Yang has more than 20 years’ experience advising clients on financial services in China, and has moved the firm from Clifford Chance. 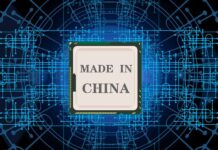 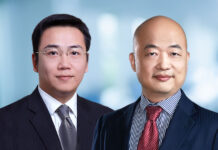