Not all unregistered trademarks are excluded from protection, though. In order to be entitled to effective protection, an unregistered trademark must have a certain level of reputation and influence. In this regard, two emerging phenomenon are worthy of attention. On the one hand, the Trademark Office of the State Administration for Industry and Commerce (SAIC) has rejected some bad-faith registrations at the trademark review stage. These involved applications against the principle of good faith, or filed by trademark squatters, or seeking to profit from the goodwill of other trademarks. This move to take regulatory measures against malicious applications since the application stage is expected to steer trademark applicants and registrants in a correct direction.

On the other hand, the Supreme People’s Court (SPC) has made it clear, in the guiding cases and some other cases it releases, that trademark infringement claims lodged by trademark holders who have obtained registration against the principle of good faith will be overturned on the ground of abuse of rights by the registrants. These cases not only signify significant deterrence to malicious trademark registrations, but also stronger protection for unregistered trademarks with a certain level of reputation and influence.

Trademark reputation has been crucial not only for cases involving trademark granting and validation, but also for trademark infringement cases. For the former category, in addition to article 13, which provides special protection for well-known trademarks, the Trademark Law explicitly acknowledges the role of trademark reputation in article 32 by prohibiting “improper squatting of trademarks with certain influence that are being used by other persons”.

To further ensure enterprises’ proper use of the term “well-known trademark”, the 2014 Trademark Law explicitly prohibits producers and operators from allowing “‘well-known trademarks’ or words to that effect to appear on goods or packaging or containers of goods, or in any advertising, exhibition or any other commercial activities”. One after another, local governments have also withdrawn “famous trademarks” and “well-known trademarks” recognition initiatives in the past two years.

As discussed above, the Trademark Office’s move to put trademark squatting regulation forward to the review stage, and the SPC rulings for guiding cases that overturn claims from trademark squatters on the ground of abuse of rights, signify stronger support for trademark reputation both from administrative authorities and judicial bodies. Moreover, trademark reputation has been carrying considerable weight in cross-category protection cases.

For an enterprise, identifying evidence about trademark reputation, and ongoing collection, sorting and preservation of relevant evidence in routine business, are crucial for its brand protection efforts. 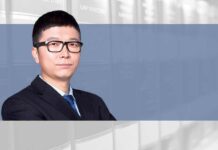