ByteDance, the parent company of Douyin and TikTok, has hired Julie Gao, a senior partner of Skadden, as its chief financial officer. The move is expected to signal the restart of ByteDance’s IPO process.

Liang Rubo, who took over as CEO from ByteDance’s founder, said in an internal letter that Gao has been involved in ByteDance acquisitions and financing projects since 2016 and is familiar with the company’s mission, culture, teams and business, adding that “I believe her joining will bring great help.”

Gao is a member of Skadden’s Policy Committee, which is the firm’s highest governing body, and is head of the firm’s China practice. She specialises in capital markets and M&A and advised on ByteDance’s early rounds of private equity financing when it acquired Musical.ly and gaming company Moonton Technology. Gao has also been a legal advisor to renowned tech giants such as JD.com, Meituan, Pinduoduo, Xiaomi, Baidu and Bilibili.

China Business Law Journal has recognised Gao as an A-List lawyer, our annual list of 200 elite lawyers for China practice. Before her law firm career, she served as an extern law clerk to Atsushi Wallace Tashima of the US Court of Appeals for the Ninth Circuit in 1998. 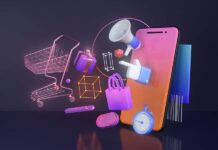