For many, this author included, what comes to mind when hearing the term internet business are online selling websites. Ever since e-commerce has evolved to make products easier to discover and purchase through online retailers and marketplaces, the Philippines has cashed in on the trend, with emerging websites like Lazada, Zalora, OLX, and Food Panda.

The 11th Foreign Investment Negative List (FINL) was promulgated on 29 October 2018, perhaps in compliance with Memorandum Order No. 16, 2017, which directs the National Economic and Development Authority (NEDA) board and its member agencies to exert utmost effort to lift or ease restrictions on certain investment areas or activities with limited foreign participation. Among the notable changes from the 10th FINL is the exclusion of internet businesses from mass media, an area of investment fully reserved for Filipinos.

By way of background, the 1987 Constitution, under article XVI, section 11(1), prohibited foreign ownership over mass media, saying that it should be 100% Filipino owned. Moreover, the Republic Act (RA) No. 7042, otherwise known as the Foreign Investments Act of 1991, and the 10th Regular FINL provide that, except for recording, no foreign equity is allowed in mass media. When the 1987 Constitution was passed, the internet was not in existence and traditional mass media were limited to print and broadcasting. However, subsequent legislation such as RA No. 7934, known as The Consumer Act, RA No. 9211, known as The Tobacco Regulation Act, as well as the opinions of the Securities and Exchange Commission (SEC), considered the internet as one of the platforms for mass media.

Questions arise as to whether the same relaxation on foreign ownership can extend to other notions of internet businesses. The 11th FINL is inexplicit as to whether the same liberalization applies to internet-based platforms or apps for selling. Several SEC opinions have said that internet-based platforms used for selling products are forms of mass media since the internet is being used as a platform to broadcast information to the public. These opinions while persuasive, are unsettled and only a law or a new FINL can categorically demarcate what is considered internet business on the one hand and mass media on the other. The Office of the General Counsel (OGC) of the SEC, in a recent opinion (No. 18-21), hesitated in affirming that an internet-based platform is considered mass media, adding that an online platform content can be variable and mutable. The opinion was issued to clarify whether a mobile app used to facilitate loan-related services for financial institutions can be considered mass media. The opinion provided guidelines on how an online or mobile app platform will not be considered engaged in mass media activities. In a nutshell, the mobile app or platform should not engage in pervasive displays to the general public of any promotional materials or advertisements on the products or services being offered by the client, or the platform or mobile app itself. In addition, the platform may display an enumeration of the platform’s clients, but the display is limited only to the name or logo of such clients. Following these guidelines may lead to other app-based businesses to be excluded from mass media and be foreign owned.

In light of Memorandum Order No. 16, 2017 mentioned above, indicating the current administration’s movement towards easing restrictions on foreign investments in certain sectors, a more liberalized foreign participation may change the internet-based business landscape in the Philippines. Online-based businesses would be ideal in the Philippines, as nearly 60 million netizens have access to the internet. Many Filipinos spend a lot of their time shopping online, and there are also more than 50 million Facebook users in the country. If these businesses can be completely foreign owned, e-commerce companies like Amazon, Alibaba or eBay could expand their business in the Philippines and bring in more investment.

Conversely, Filipinos will also have more options on what website or online businesses to avail of to suit their needs. Whether this is good or bad, through nationalistic eyes, is a whole other topic, and one this author will ponder further over a burger from Food Panda.

Agustin P Geraldez Jr is an associate of the corporate and special projects department of ACCRA Law Offices. 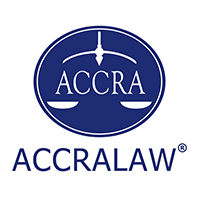 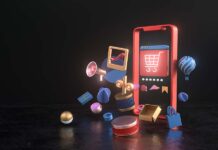 By Hrishav Kumar and Harshil Vijayvargiya 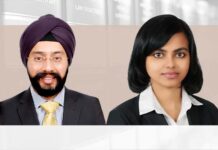 Regulating e-commerce: Do we see oversight or an overdose?