It is quite common for employers to suffer financial losses for employees’ wrongdoings in the course of their duties, which can trigger non-compliance or disrupt a company’s labour management. Far less common, however, is for those employers to successfully claim economic compensation from their delinquent employees. This article analyses why that is, and what companies can do to turn the situation around.

For starters, employers must furnish effective evidence to prove actual economic loss to win such a lawsuit. Employers may have missed the window for preserving evidence. Losses may also prove difficult to identify or prove due to the often complex and diverse nature of the employer’s business or industry.

Additionally, employers may be hampered by many other issues: difficulty in proving misconduct or gross negligence, the ill-defined scope of the employee’s liability, or concealment of the employee’s actions making it difficult to establish a correlation between the wrongdoing and economic loss. Many employers simply lack experience in such cases, leading to inadequate early preparation and failure to produce sufficient evidence. Mishandling at any of these critical junctures may lead to eventual defeat.

Atmi Austar Packaging Technology (Beijing) faced this predicament in its 2019 lawsuit, claiming gross negligence or deliberate misconduct by one of its employees but being unable to produce evidence deemed adequate by the court. Given the absence of evidence, the court believed it unfair for the employee to be held liable for the company’s losses. Moreover, since the company failed to detect the product defect in question at the time of delivery or putting it on sale, the company ought to shoulder some of the blame for its losses. As a result, the court decided not to support Atmi’s claim for damages.

Even if such a scenario was not explicitly covered by the contract, based on current judicial practice, if the employer can substantiate the existence of such an economic loss and the exact amount, gross negligence or deliberate misconduct on the part of the employee, and a direct correlation between such wrongdoings and the economic losses, the court will likely support claims for compensation. Employers should take the following steps.

Before anything else, prove the loss. Employers must produce sufficient evidence to prove that they have indeed sustained a loss. Generally, these must be visible economic losses directly caused by the employee’s actions.

Legal advice: based on the employee’s position, duty and workflow, employers must ensure that in a timely fashion they identify clues, conduct an investigation and interviews and secure evidence, including keeping visual or audio records and notarising electronic evidence.

Article 1190 of the Civil Code further establishes that where an employee causes damage to a third party during the performance of their duty, and after having made compensation, the employer may in turn seek compensation from the employee, provided that the employee has indeed committed gross negligence or deliberate misconduct.

Establish correlation between wrongdoing and loss. Correlation between employee action and economic losses is another major factor for the court’s consideration. It should be noted that operating risks must be excluded. After identifying the employee’s error, employers should carefully comb through their workflow to rule out what would be the company’s operating risks and management responsibilities, and so zero in on the employee’s primary liability.

This should preferably be by securing the employee’s confession of their wrongdoing. Internally, employers should deal with the issue in a timely fashion as well as activate their own accountability mechanism. Externally, they may notify the police or the competent authorities.

Claim the right amount of compensation. Courts tend to believe that, since the company stands to gain from its employees’ performance of their duties, it should likewise bear the losses for ill performance as part of its reasonable operating risks. It is therefore considered inappropriate to shift all blame and liability to the employee. In practice, courts have discretion in whether to support the full amount of compensation claimed by the employers, as they carefully weigh the wrongfulness and remuneration of the employee, the possibility of third-party criminal activity, any corporate oversight and damages incurred. In most cases, employees end up bearing less than half of the damages claimed.

Streamline corporate regulations and labour contracts by clarifying terms on employee liability, manner of payment and post-departure handling. If the damages are to come out of the employee’s monthly pay, the deducted amount should not exceed 20% of their monthly salary, nor result in a final amount lower than the local minimum wage. Companies are advised to communicate these terms with their employees and obtain written consent.

In labour disputes, courts tend to protect the more vulnerable labourers and impose a rigorous burden of proof on companies. Therefore, employers should pre-emptively conform their operating and management compliance systems with the established legislative standards and judgment practices, set out explicit terms in the contract, conduct timely and effective investigation for the purpose of dispute resolution, and secure all supporting evidence. By doing this, companies can enjoy maximum protection of both their managerial authority and economic interests. 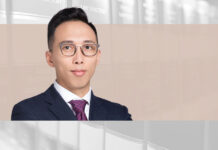 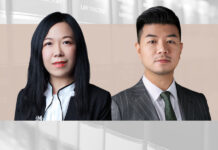