With a socio-economic history going back 50,000 years, hemp is one of the oldest cultivated plants in the world. But for most of the 20th century, commercial hemp production was heavily restricted. This is slowly changing, with countries opening up to the possibilities of hemp production, as in the United States, where, since 2019, it has been recognised as an agricultural commodity.

Hemp-based products have been available in Indian markets for some years now, but remained largely unregulated. This changed with a November 2021 notification by the Food Safety and Standards Authority of India (FSSAI), under which hemp seed, oil, and flour can now be sold as food. The notification requires the cannabis cultivation for hemp to comply with the Narcotic Drugs and Psychotropic Substances Act, 1985 (NDPS). The NDPS Act excludes cannabis seeds and leaves from the definition of cannabis, and companies already use leaves for medical preparations.

Hemp, like marijuana, is a cultivar of Cannabis sativa L. (the cannabis plant); the two differ mainly in their tetrahydrocannabinol (THC) content, the principal psychoactive compound in the plant. Cannabis plants with less than 0.3% THC are classified as hemp, and with more than 0.3% THC as marijuana. THC content is significant both for classification and regulations.

The FSSAI notification, for instance, specifies limits for moisture, fat, free fatty acid, THC and cannabidiol (CBD) content in hemp products. No nutrient or health claims can be made about CBD either. Hemp was already popular in India’s health food sector. With this notification, the legality of such products is no longer under a cloud. More players are now likely to enter the market and competition in the sector will increase, with higher quality products expected in the long term.

Cannabis is not completely barred in India, but it is highly regulated. The government, in an ongoing case in the Delhi High Court, Great Legalisation Movement India Trust v Union of India, stated that there is no complete ban on cannabis under the NDPS Act, and it can be used for medical, scientific, industrial and horticultural purposes under permission from state governments.

Thus far, most states have not allowed the cultivation of cannabis for scientific or medical purposes, and are regarded as the cause of the bottleneck. But things are changing here too. Recently, Himachal Pradesh, one of the largest cannabis-producing states, approved an integrated drug prevention policy, effectively clearing the way for cannabis cultivation for medical, scientific and industrial purposes. Substantive changes in the NDPS Act, however, that directly impact the judicial response to cannabis cultivation, sale and use, remain elusive. Nevertheless, small steps by individual states like Himachal Pradesh can have a deep impact on the matter.

The demand for cannabis for industrial, nutritional and medical purposes, as well as scientific research, is increasing; the market for hemp products is also growing slowly but steadily. However, consumer awareness is still poor, and the public stigma attached to such products remains. As policy and regulatory efforts increase, though, this will also change.

The National Policy on NDPS, 2017, states that cannabis cultivation will not be permitted given its limited proven uses for medical purposes. However, cultivation for research will be permitted, including trials of cannabis varieties. The central government is also expected to encourage research and trials of cultivars of cannabis with low THC content, and follow cautious, evidence-based approaches towards cannabis cultivation for industrial and horticultural purposes.

Reports suggest that medical research around cannabis is becoming popular. Some Indian cannabis startups have also emerged in recent years. Although the acceptance of cannabis, even if only for specific purposes, is only slowly gaining ground, as more states start to allow cannabis cultivation for limited purposes, the industry stands to transform beyond recognition.

Essenese Obhan is the managing partner and Charul Yadav is a partner at Obhan & Associates. 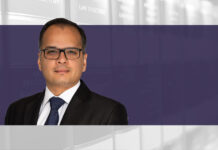