Several firms announced of partner elevations to coincide with the start of the financial year. The following promotions took effect from 1 April.

Bharucha & Partners elevated Ajai Achuthan to its partnership. Founded in 2008 in Mumbai by MP Bharucha, Alka Bharucha, Justin Bharucha and Vivek Vashi, the firm now has three offices in two cities, eight partners, two of counsel and about 50 associates. 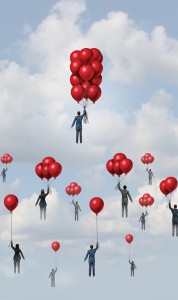 When announcing these promotions, the firm also said its partner-associate ratio was approximately 1:5 it and that it had “a robust pipeline of exceptional associate talent to fulfil its future growth aspirations”.

JSA also promoted 19 lawyers to principal associate and 27 to senior associate. The firm now has approximately 300 lawyers, including 33 equity partners and 59 salaried partners.

Phoenix Legal added five partners in April. While four lawyers were promoted on 1 April, the firm made a lateral hire and welcomed Shadaan Mohammed Saipillai to its partnership on 25 April. Saipillai, who will be in the firm’s Chennai office, joined Phoenix Legal from Kochchar & Co. The four lawyers who were promoted are Aditya Bhargava, Debarshi Dutta, Pranav Srivastava and Ritika Ganju.

The firm now has 15 partners. This includes Aseem Chawla, who joined Phoenix Legal’s partnership after merging his tax firm, ASC Legal, with Phoenix Legal in March, and Sriram Ramachandran, who was promoted to the partnership in November 2016.

Trilegal promoted two to its equity partnership: Ashish Bhan and Jafar Alam, who is an advocate-on-record of the Supreme Court. Both are members of Trilegal’s dispute resolution practice group. As was announced in early 2016, Anand Prasad, a founding partner, left the firm on 31 March. The firm now has 37 partners.

How long will it be before AI makes partner?
Claudia Salomon lays out ICC's strategic plan for Asia
ESG principles in Asia
OECD’s Asean project seeks to foster competition in the region’s e-commerce sector
Please send any press releases, deal announcements, details of new hires, newsletters and any other news items to: news@law.asia