F oreign direct investment (FDI) has been recognized as an important instrument for advancing India’s foreign exchange resources, its technological base and for globalizing the Indian economy. Gambling (gaming), lottery business and betting are not open to FDI – including portfolio investments by foreign institutional investors (FIIs), non-resident Indians (NRI) or overseas corporate bodies (OCB); investments on non-repatriation basis; and investment by foreign venture capital investors.

Press Note No 5 of 2002 expressly clarified that both foreign investment and foreign technology collaboration in any form are completely prohibited in the lottery business, gambling and betting sector.

The prohibition is a ban on both FDI and FII as distinguished from a separate or a composite cap for FII or FDI. A report of the Committee on Liberalization of FII investment (Lahiri Committee, 2004) reiterated the need for the prohibition, noting that these are areas with dubious value added. Financing gambling operations is not easy, but there are ways around the prohibition.

This means each state has jurisdiction over gaming and betting and there are no uniform definitions. There is, however, a general consensus among the various definitions of “gaming”. The law relating to lotteries is regulated by the the Lotteries (Regulation) Act, 1998.

The Supreme Court has held that gambling is not a trade and is not protected by the Constitution. On the other hand, the court extended protection to competitions that involve a substantial degree of skill.

The Supreme Court judgment in State of Bombay v RMD Chamarbaugwala clearly lays down that a competition where success depends on a substantial degree of skill is not “gambling” despite there being an element of chance. If a game is preponderantly a game of skill it would be considered a game of “mere skill”.

In MJ Sivani and ors v State of Karnataka and ors (1995) the court held that the game of “rummy” is not a game entirely of chance like the “three card game” because it requires “preponderance of skill”.

The Supreme Court has made a distinction between gaming dependent on chance, skill and “chance and skill, both”. Most state laws have defined “gaming” to include wagering and betting.

Only in the state of Goa is “gambling” is not prohibited but is regulated by the state through licences and permissions.

The state of Goa has amended the Goa, Daman and Dui Public Gambling Act, 1976, twice. In 1992 it allowed electronic amusement games like roulette and poker in various five star hotels. In 1996 it allowed full-fledged offshore casinos with actual table games.

FDI up to 100% is allowed in hotels, under the automatic route. Investors are only required to notify the regional office of the Reserve Bank of India within 30 days of receipt of inward remittances and file the required documents within 30 days of the issue of shares to foreign investors.

The term “hotel” includes restaurants, beach resorts and other tourist complexes that provide accommodation and/or catering and food facilities to tourists.

Investment of up to 51% is also available through the automatic route subject to a number of parameters. For foreign technology agreements, automatic approval is granted if up to 3% of the capital cost of the project is to be paid for technical and consultancy services including fees for architecture, design, supervision, etc; up to 3% of the net turnover is payable for franchising and marketing or publicity support fees; and up to 10% of gross operating profit is payable for management fees, including incentive fees.

The foreign entity can lease out a hotel or resort to an Indian company for the purposes of providing facilities for culture, adventure, leisure, entertainment, amusement, sports and gaming. The Indian company should be a joint venture between two Indians or Indian companies. One of them can act as a representative of the foreign investor but should in no way be related. In turn, the Indian joint venture partner can invest the income earned from the gaming business in an entity outside India, meaning that the foreign entity can then recover the corresponding income outside India. 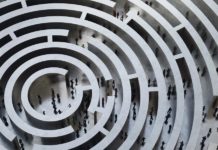 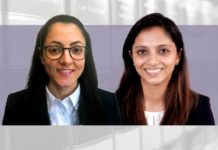 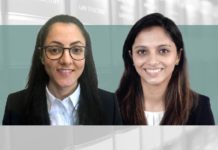 Analysis: What propelled Air India’s return to Tata?
Do lawyers have a duty to help avert a climate catastrophe?
A celebration of excellence in corporate legal teams