In IP cases, when the obligee brings a lawsuit against an infringement act, the evidence to be provided mainly includes that of right basis, infringement and damages.

Evidence of infringement is the core for determining the trend of case, and also the focus for evidence collection in IP cases. The infringement on IP is usually quite covert, and infringers are very vigilant. Therefore, it is necessary to carefully design and arrange the steps of obtaining evidence before obtaining it, and to obtain evidence from multiple aspects as much as possible, so as to make evidence corroborate other evidence, forming a complete chain. The forms of evidence to be fixed vary for different cases. In addition to the conventional evidence fixation methods of notarisation on purchase, website notarisation, etc., evidence of various forms need to be combined to provide support for infringement claims.

In practice, the selection of specific evidence fixation method should be considered in combination with the case background, the difficulty for obtaining evidence, the importance of evidence, etc.

In addition to notarisation, electronic evidence such as recording, photographing and video-recording from webpages and mobile phones can also be fixed by means of a trusted time stamp, which has been recognised as key evidence in many judicial trials. Although its soundness is slightly inferior to that of notarial evidence, it can be used as an alternative way to fix evidence in case of an emergency or a limited budget.

In addition to evidence collection and fixation conducted by the obligee, it can also request the public authority to intervene in the infringement evidence fixation. For example, evidence can be obtained through customs seizure, and investigation and punishment by the Administration for Market Regulation departments.

The obligee can also directly apply evidence preservation to the court. However, relying on public power to obtain evidence that may be successful is not under the control of the obligee, so it is appropriate to make it a supplement to the evidence obtained by the obligee itself, rather than rely solely on the court to retrieve the evidence.

Impact on the case

Whether the fixed evidence is irrefutable and comprehensive, and whether it can form a complete evidence chain, often play a decisive role in the result of a case. In addition to choosing the appropriate evidence fixation method, the legitimacy and rigour of evidence fixation process are also very important.

Even though the evidence is fixed by notarisation, if the notarisation steps are defective and the information is not complete, the authenticity of the contents and the probative force of the evidence will be questioned. Therefore, rigorous evidence collection steps can avoid, to the greatest extent, a situation where the evidence cannot be recognised due to the defects of evidence.

After the evidence is fixed, the obligee has more choices for action. Even though no legal action is taken to protect rights instantly, if the negotiation between the obligee and the infringer breaks down, or the infringer does not co-operate after a warning, the obligee can still file a lawsuit based on the fixed evidence.

Evidence fixation also plays an important role in the cases of confirmation of rights. For example, in the procedure of trademark opposition and trademark invalidation, the quantity and quality of evidence provided by the opponent, or the invalidation applicant, to prove that the disputed trademark infringes on its prior rights, or if there is a malicious rush registration application, will affect the examiner’s judgment on the case. In the procedure of the system for cancellation of registered trademark without use for three years, the use evidence provided by the trademark owner is directly related to the survival of its trademark.

Frank Liu is a senior partner and Sandy Shan is an associate at Tiantai Law Firm. 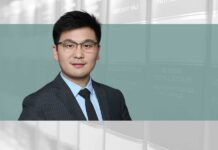