The EU is closely intertwined with the global economy and one of the largest trading zones in the world. A strong, open and competitive single market enables both EU and foreign companies to compete vigorously on a global scale. The EU is pursuing a model of open strategic autonomy by shaping the system of global economic governance and developing mutually beneficial bilateral relations, while protecting its internal market from unfair and abusive practices.

On 5 May 2021, the European Commission published a proposal for a regulation on foreign subsidies distorting the internal market, aiming at solving possible distortions caused by foreign subsidies, especially in acquisition, public procurement and other aspects of the market. This article briefly introduces the key issues.

Q: What are foreign subsidies?

Q: What are the distorting effects of foreign subsidies on acquisitions?

A: A potential short-term consequence of the subsidies is that non-subsidised companies may pay excessively for acquisitions. Public institutions may provide funds to a company at a price lower than the market price, or directly acquire it through equity participation, while non-subsidised companies will face “stricter” budget restrictions when raising funds to complete an acquisition. The negative impact on the internal market caused by this crowding-out effect may far exceed any benefits such as income premium for producers. Research shows that the unfair competition environment caused by subsidies may eventually lead to increased market concentration.

Q: What are the distorting effects of foreign subsidies on public procurement?

A: The EU’s public procurement accounts for more than 14% of its GDP, amounting to about USD2.1 trillion. The market is well supervised at EU and national levels to ensure three key principles: equal treatment, non-discrimination and transparency. These principles aim to achieve a competitive, open, value-for-money procurement market for the public sector and ultimately for taxpayers. The negative consequences of distortion in public procurement caused by subsidies mainly include the following:

(2) Subsidies can be a tool for foreign governments to pursue strategic goals and expand their overseas economic influence. The distortion in public procurement caused by subsidies may raise concerns about foreign countries’ long-term control over public infrastructure, especially natural monopoly.

(3) Subsidies will cause unrealistic and wrong views on material prices, quality, technology prices, salaries, the number of companies active in the market, delivery routes and time frames, etc.

(4) Subsidies won’t lower the price of public buyers but will lead to price increases and reduce efficiency as powerful competitors leave the market.

(5) If a foreign subsidy for a winning bidder is withdrawn after a contract is signed, that may endanger the normal performance of the contract and lead to price rises in the later amended contract.

A: Factors including: third-party countries’ continued use of industrial policies, including a large number of subsidies; the pandemic leading to a higher level of global subsidies; expected faster growth in trade than in goods; the shrinking valuation of EU companies, which may lead to an increase in the number of acquisitions; and that most financial stimuli of the EU and its member states will be through public procurement expenditure will all increase the possibility that foreign subsidies may distort the EU internal market in the future.

Q: What is the theme and scope of EU regulation on foreign subsidies distorting the internal market?

A: The regulation provides rules and procedures for investigating foreign subsidies that distort the internal market and correcting such distortions. Distortions may appear in any economic activities, especially in centralised and public procurement procedures.

Q: What fines are specified in the regulation?

A: The regulation provides that the EC may decide on fines and periodic penalty payments where an undertaking, or associated undertaking, intentionally or negligently provides incorrect, incomplete or misleading information; fails to provide information within the prescribed time limit; produces the required books or other records about the business in incomplete form; gives incorrect or misleading answers to questions raised; refuses inspections; or has broken seals. Fines imposed shall not exceed 1% of the aggregate turnover of the undertaking or associated undertaking in the preceding business year.

The regulation also provides that where an undertaking does not comply with the provisions of article 9 of the regulation on in-depth investigation and article 10 on interim measures, the EC may impose by decision fines not exceeding 10% of the aggregate turnover of the undertaking or associated undertaking in the preceding business year.

In making its decisions, the EC will consider the nature, gravity and duration of the act and the principles of proportionality and appropriateness.

Nancy Nan is a partner at AnJie Law Firm 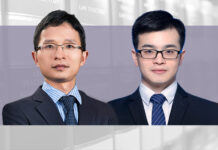