The Hong Kong courts’ judgments on disputes over commercial matters involving enforcement against property located in mainland China need to be recognized and enforced by mainland courts through judicial assistance.

In addition, the Civil Procedure Law and its judicial interpretations prescribe that the relevant provisions on the recognition and enforcement of foreign judgments can be applied to cases involving Hong Kong.

If there is no such valid jurisdiction agreement as mentioned above, the arrangement on cases under consensual jurisdiction is not applicable. In such circumstances, one can consider bringing a lawsuit directly on the mainland. According to the relevant provisions of the Civil Procedure Law, and its judicial interpretations on parallel proceedings, mainland courts still have jurisdiction over cases subject to the jurisdiction of both mainland and Hong Kong courts, even if the Hong Kong court has accepted the case, or made effective judgment.

As the court stated in Case [2016] Yue Min Chu No. 1944/1945: “the plaintiff … has filed a lawsuit in the HKSAR regarding the dispute between the two parties, and the High Court of the HKSAR has made a judgment, … the plaintiff … still has the right to file a lawsuit with this [mainland] court regarding the same dispute, and this court should accept the case and make a judgment in accordance with the law.”

In addition, the Hong Kong court judgment can be presented as evidence in mainland court proceedings. “In the absence of sufficient evidence to the contrary”, the mainland court will recognize it as the basis of fact finding. For details, please refer to Case [2018] Hu Min Zhong No. 330.

In addition, given the certainty of enforcement and importance of property attachment, it is recommended to first make an agreement on arbitration. If a court is chosen for jurisdiction, extra attention should be paid to the following points: (1) when the debtor’s property available for enforcement is located on the mainland, the creditor should request agreeing to the jurisdiction of the mainland court to the greatest extent; and (2) if there is also property located in Hong Kong available for enforcement, it is recommended to make an agreement on non-exclusive jurisdiction of the Hong Kong court, so as to effectively attach and enforce the debtor’s property through parallel proceedings in the mainland and Hong Kong.

Zhang Guanglei is a partner and Chen Cheng is an associate at Jingtian & Gongcheng. Zhang is also an arbitrator of Hong Kong International Arbitration Centre 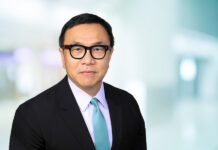