Private equity firms make most of their investments in leveraged buy-outs (LBO) that involve significant use of debt to finance the acquisition of a company.

LBOs are important instruments of merger and acquisition financing as they allow acquirers to make large business acquisitions without parking significant capital for long periods of time.
Typically, in an LBO, the assets of the target are used as collateral for the debt.

The buy-out is normally followed by efforts to improve the operating profits of the target and to cut costs to generate extra cash to service the debt.

It is common for the acquirer to set up a special purpose vehicle (SPV) with the minimum statutorily prescribed paid-up capital to execute an LBO.

The SPV leverages significantly higher debt, as compared to equity, to buy out the target company.

In India, the Tata group is the forerunner in executing large LBOs outside the country, the most recent being Corus.

However, the only prominent LBOs of Indian companies have been of Flextronics by KKR and GE Capital by General Atlantic Partners.

This lack of LBOs in India is due to various regulatory and statutory restrictions on business acquisitions financed through debt.

Existing guidelines from the Reserve Bank of India (RBI) prohibit Indian banks from providing loans against the security of shares for the purpose of acquiring other companies.

This is a clear hurdle in providing the shares of the target company as collateral for the debt needed to execute an LBO.

The only exception to this rule is in respect to acquisitions of companies overseas.

Indian banks are allowed to extend financial assistance to Indian companies to purchase equity in foreign joint-ventures, wholly owned subsidiaries and other companies as strategic investments.

The somewhat obsolete “press note 9” of 1999 requires prior permission from the Foreign Investment Promotion Board (FIPB) to establish a foreign-owned holding company in India.

It further adds to the woes of investors by mandating prior FIPB approval in the event that a holding company moves to purchase the shares of an existing Indian company.

Moreover, the holding company is required to bring in the necessary funds to make downstream investments from overseas. It cannot raise funds from banks or financial institutions in India.

Clearly, this acts as one more roadblock in leveraging debt within the country.

Section 77(2) of the Companies Act, 1956, prohibits listed and unlisted public limited companies from providing any loans, guarantees, securities or financial assistance to any person for the purchase of their shares.

This provision acts as a hurdle in any LBO of an Indian public company by making it impossible to raise debt against the assets of such a company.

However, this restriction does not apply to Indian private companies.

Prominent global private equity investors have already set up shop in India.
However, the regulatory impediments in executing an LBO within the country have forced these investors to set up SPVs outside India.

These SPVs are mostly in tax havens like Mauritius and approach overseas banks for financial assistance.

This has limited the number of significant LBOs in the country and has also denied Indian banks the opportunity to finance this type of transaction.

It may be worthwhile to dilute these regulatory restrictions to boost private equity investments in India through LBOs.

In the meantime, Indian companies like Tata Steel, Hindalco Industries and the UB Group are executing LBOs for large acquisitions outside India.

Clearly, experience demonstrates that it is easier to raise funds in the international markets with no restrictions on using the assets and shares of the target as collateral for the debt.

Priti Suri is the proprietor of PSA. Nikita Ved is an associate.

Bitter pill to swallow for foreign investors in pharma 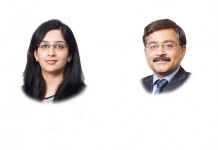 FIPB phase-out: A bold and welcome move – or is it?