Domain name resolution is a technical service using a DNS (domain name system) server to associate IP addresses that are hard to remember or enter with domain names that are easy to remember or enter. After being registered by a website operator, a domain name needs to be converted into an IP address through domain name resolution to enable user access. In some infringement cases, when the right holders find a domain name or website is used to commit an infringement, they may complain to the DNS provider and request it to stop providing DNS services for the alleged infringer. So, how should the DNS provider respond to such a complaint?

As an ISP (internet service provider), a DNS service provider should also be protected by the Safe Harbour Principle. Under the framework of the Tort Liability Law, if an ISP takes necessary measures in a timely manner, after receiving notice from the right holder, it may be exempted from joint and several liability with the infringer. These “necessary measures” include both the forwarding of the infringement notice to its service object (notice forwarding), and measures that can block the infringement immediately and directly (such as link removing, blocking or disconnecting), as provided for by law.

However, the “notice and removal” rule does not necessarily mean that once an ISP receives an infringement notice from a right holder, it must remove or disconnect the link, or take other measures with the same effect, or else it will definitely be jointly and severally liable with the internet users.

Based on the particularity of DNS providers, the measure that is similar to “link removing, blocking and disconnecting”, and can be taken by them after receiving an infringement notice, is ClientHold, i.e., to stop providing the resolution service. In past judicial practice, in different cases the courts made different determinations on whether the necessary measures to be taken by DNS service providers included ClientHold.

In response to the plaintiff’s claim in the lawsuit that Alibaba caused loss expansion, and should be held liable for infringement for its failure to take necessary measures such as ClientHold, Beijing Haidian Court held that Alibaba, as a domain name registration and resolution agency, did not have the professional ability and conditions to judge whether the domain name in question constituted trademark infringement.

In addition, ClientHold will result in a period of time when users cannot directly access the entire content of the website in question through the domain name, which is completely different from the effect of link removing, blocking and disconnecting measure taken against specific infringing information, and obviously exceeds the necessary limit. Therefore, Alibaba’s measure of only forwarding the infringement notice to the respondent, without stopping the domain name resolution, could satisfy the requirements of “necessary measures”.

In the Guangzhou Huya Information Technology v Liu and Yunmu Company infringing internet domain name and unfair competition dispute (the Huya case), Huya deemed that the domain name “huya.com.cn”, registered by Liu, would redirect to the platform of its competitor, Douyu Live Broadcast, and that Yunmu Company, as the DNS service provider, constituted a contributory infringement as it did not take measures to block the domain name after receiving the notice from Huya.

In the above-mentioned two cases, the courts reached different conclusions on whether the DNS providers should take measures of ClientHold after receiving complaints. Obviously, the determinations depended on the infringing acts being handled in the specific cases. The infringing act in the Huya case was domain name redirection, and its unfairness was obvious. On the other hand, the Alibaba case dealt with an infringement dispute over a conflict between the domain name and a trademark, and the determination of infringement was relatively complicated.

It is worth mentioning that, with regard to the liability of ISPs for infringement, the Tort Liability Part of the Civil Code, which came into effect in 2021, retains the basic paradigm of the “notice and removal” rule, and explicitly takes the notice forwarding as an inherent obligation of ISPs, after receiving qualified valid notice from the right holder.

As for other “necessary measures”, determinations should be made according to the preliminary evidence of the infringement submitted by the right holder, as well as the type of service the ISP provides. Considering the counter-notification rule of the respondent included in the tort liability part, the provision gives ISPs, including DNS providers, the space to make independent judgements and decisions on the measures to be taken according to their own service types and professional capabilities, specific infringement scenarios, and the evidence provided by all concerned parties.

Wang Yaxi is a partner, and Wu Yue is an associate at Yuanhe Partners 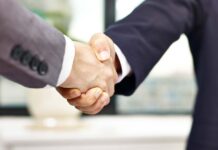