“Equity aids the vigilant, not those who slumber on their rights” means a person who has been wronged must act promptly to preserve their rights. In the context of IP rights today, this maxim means that owners of intellectual property need to remain on their toes to protect their IP against unauthorized use. Failure to act at the right time may lead to ineffective enforcement of one’s IP rights.

In a recent dispute involving two online travel websites, MakeMyTrip filed a suit against Orbit Corporate & Leisure Travels alleging trademark infringement. Initially, Delhi High Court restrained Orbit from using the mark GetMyTrip but the interim injection was later vacated on the basis of concealment of material facts and of acquiescence.

It is settled law vis-à-vis trademarks that the court may refuse to grant relief to right holders who knowingly stand by without raising any objection to the infringement of their rights, while someone else unknowingly and without prior malice acts in a manner inconsistent with the right holder’s rights.

Orbit denied these contentions and argued that MakeMyTrip had concealed material facts about prior knowledge of Orbit’s predecessor in interest (Hermes I Ticket) using the trademark GetMyTrip and business arrangements between MakeMyTrip and Hermes since 2011. Orbit also claimed that MakeMyTrip had entered into an application programming interface agreement and had used the services of Hermes under the mark GetMyTrip.

Reiterating the Supreme Court decision in Midas Hygiene Industries (P) Ltd & Anr v Sudhir Bhatia & Ors (2004), the court stated that it would be wrong to refuse an injunction merely on the basis of delay and laches (inaction). The present case involved not only delay and laches but also acquiescence. MakeMyTrip to its knowledge permitted continuous use by Hermes of the trademark GetMyTrip and domain name www.get-mytrip.com. MakeMyTrip’s objection was on the sole ground that Hermes operated not in the business-to-consumer (B2C) domain but in the business-to-business domain. The court added that while the right holder is not expected to pursue every insignificant infringer, Hermes held a substantial share of the market and could not be said to be an insignificant infringer. Hermes too operated in the B2C domain, thus competing with MakeMyTrip’s business.

The court also referred to the Supreme Court’s observation in Power Control Appliances v Sumeet Machines (P) Ltd (1994) that “acquiescence is sitting by when another is invading the rights and spending money on it. It is a course of conduct inconsistent with the claim for exclusive rights in a trade mark, trade name etc. It implies positive acts; not merely silence or inaction such as is involved in laches”.

The high court vacated the interim order against Orbit, holding that MakeMyTrip had suppressed material facts, permitted Hermes to use the trademark GetMyTrip for a long time, and based its suit on use of the infringing mark and not the party using it. However, to protect the interests of MakeMyTrip, the court ordered Orbit to maintain account statements and submit them in a sealed cover after every six months.

The law as stated above does not apply in the case of fraudulent and dishonest adoption of the mark by the infringer. Further, judicial opinion in India has always recognized that simple delay by the proprietor of a trademark in filing a suit against unauthorized use does not indicate the proprietor’s acquiescence in the use of its trademark by the other.

Delhi High Court in Jolen Inc v Doctor & Company (2002) observed that to plead acquiescence the defendant must not only prove that the plaintiff was standing by but also that the plaintiff has turned a blind eye for a substantial period. Also, in the case of Emcure Pharmaceuticals Ltd v Corona Remedies Pvt Ltd (2014) Bombay High Court upheld that “A mere failure to sue without a positive act of encouragement is no defence and is no acquiescence.”

The defence of acquiescence can be allowed if the defendant proves that there was prior knowledge and negligence on the part of the plaintiff and that the plaintiff failed to act for a substantial period of time. However, the defendant also has to prove that the mark was adopted in good faith and was not a fraudulent and dishonest adoption.

Abhigyan Ashok and Aniruddh Singh are associates at LexOrbis. 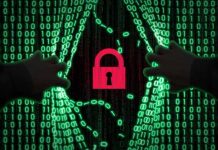