The idea for a decentralised autonomous organisation, where the rules are baked into its code with no management structure or board of directors, has emerged with the rise of blockchain technology. Andrew Godwin examines its legal status and the future that it may shape

The recognition of limited liability in the early 19th century was a watershed moment in legal and economic history. The conferring of legal personality on companies – involving the right to own property, enter into contractual relationships, and sue and be sued – enabled companies to operate independently and to be accountable to shareholders, third parties and the broader community.

Although companies operate independently of their shareholders, who enjoy limited liability except in very limited circumstances, companies have traditionally been controlled, managed and operated by humans. These include human directors, who control the “corporate mind” of the company, and human employees, who manage the operations of the company.

The need to involve humans in the control, management and operation of companies has given rise to various challenges. These include the principal-agent problem – famously explored by scholars such as Berle and Means, which stems from the separation of ownership and control – and the resulting risk that a misalignment of interests or priorities arises between those who own companies and those who act on behalf of the companies. The resolution of this problem has been a big factor behind the development of corporate governance codes and rules.

Could the principal-agent problem be reduced (if not avoided altogether) if human agents were replaced with reliable and “neutral” computer code, and if decision-making were “democratised” such that shareholders could participate in all decisions concerning the company or, alternatively, agree to the basis on which decisions should be made autonomously by computer code?

This question, which was previously theoretical in nature and considered to be the stuff of fiction – alongside predictions of a cashless society and driverless motor cars – is now being answered in the affirmative through the emergence of decentralised autonomous organisations, or DAOs. 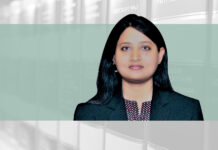