Cryptocurrency-related activities have received little tolerance from the Chinese government. Initial coin offerings (ICO) were banned in China in September 2017. Exchange platforms that traded cryptocurrencies or provided facilitation services were also ordered to be closed following the crackdown on ICOs. Many exchanges chose to relocate to jurisdictions that are more favourable to cryptocurrencies than China. However, organizers and promoters of overseas ICOs and exchanges may not be free from the long arm of jurisdiction of Chinese criminal laws if those persons are Chinese citizens, or if Chinese investors have invested in overseas ICOs or traded cryptocurrencies on overseas exchanges.

Interestingly, it is not illegal to hold Bitcoins and other cryptocurrencies, or even to buy or sell them in China. The Chinese government also encourages the development and application of blockchain technology, but has made it clear that blockchain technology must service the real economy.

On 4 September 2017, seven government agencies of China, i.e. the People’s Bank of China (PBOC), the Central Cybersecurity and Information Technology Lead Group of the Communist Party of China, the Ministry of Industry and Information Technology, the State Administration for Industry and Commerce, China Banking Regulatory Commission, China Security Regulatory Commission and China Insurance Regulatory Commission, jointly issued the Notice regarding Prevention of Risks of Token Offering and Financing. The notice banned all ICOs in China and ordered that any organizations or individuals who had previously completed an ICO to make arrangements including the return of token assets to investors to protect investor rights.

To understand this harsh attitude, we have to look at the big picture of China’s economy and financial market. In the past 20-plus years, China has enjoyed rapid economic development which, many believe, came at the cost of high leverage in the financial system and accumulation of financial risks. In the past two years, control of financial risks and stabilization of the financial system has become the top priority of the PBOC. Before ICOs, internet platforms providing P2P loans and micro lending had been targeted by the PBOC and other financial regulators, and are still in the process of cleansing and rectification. It is no surprise that ICOs, due to the sheer increase both in numbers and the amount of funds raised, as well as some socially chaotic events caused by ICOs, received the death sentence from the PBOC.

ICOs in the eyes of the PBOC

In the notice, an ICO was described as a process by which fundraisers distribute digital tokens to investors who make financial contributions in the form of cryptocurrencies such as Bitcoin and Eethereum. The notice further pointed out: “By nature, it is an unauthorized and illegal public financing activity, which involves financial crimes such as illegal distribution of financial tokens, illegal issuance of securities and illegal fundraising, financial fraud and pyramid scheme.”

Among the crimes mentioned in the notice, illegal fundraising, which generally means raising funds without government approval, is a crime that has been widely used in cracking down on undesirable financial activities, as the scope of the crime can be interpreted very broadly.

It should be noted that even ICOs outside China are not completely safe if they attracted Chinese investors. According to article 6 of the PRC Criminal Law, if any of the criminal activities or results of such activities occurred in China, the crime is deemed to have occurred in the territory of China. If the ICO involved financial crimes based on Chinese criminal law standards, the promoters or organizers of those ICOs may potentially be subject to Chinese criminal liabilities if they are Chinese citizens. Even if they are not Chinese citizens, if overseas ICOs attracted Chinese investors, they may still potentially be subject to Chinese criminal liabilities.

The notice also targeted cryptocurrency exchanges and ordered that any so-called fundraising and trading platforms must not:

Further, many exchanges launched peer-to-peer trading platforms that support direct transactions between investors without the exchange acting as a CCP. On those platforms, one investor can buy cryptocurrencies from another investor and pay the seller via bank transfers, Alipay or Wechat pay.

These modified business models are not entirely safe from Chinese criminal law perspective. Although major exchanges have been relocated overseas, they may still be subject to Chinese criminal liabilities. If the founders or managers of an exchange are Chinese nationals, or they make decisions in China to operate the overseas exchange, or the investors are in China, or if the exchange performs prohibited functions, Chinese justice authorities will still have jurisdiction over those persons.

To further prevent Chinese investors from purchasing and trading cryptocurrencies on overseas exchanges, China has blocked internet access to the websites of some overseas exchanges. According to Chinese law, no person should use the internet to view information that violates Chinese laws and regulations.

Those who access overseas exchanges via virtual private networks (VPNs) may potentially face risks if the exchanges contain prohibited information. In January 2017, the Ministry of Industry and Information Technology ruled that only authorized VPNs could be used in China. The sale or provision of VPN services by companies or individuals without telecom licences issued by Chinese telecom authorities became illegal.

In view of China’s harsh attitude towards ICOs and cryptocurrency exchanges, some may assume that it would be illegal for Chinese to hold or trade Bitcoins or other cryptocurrencies.

This seems consistent with an early notice jointly issued by five Chinese government agencies, led by the PBOC, in 2013, which defined Bitcoin as a special virtual commodity, but not a currency. That notice also explicitly provides that Bitcoin does not have legal status as a currency and should not be circulated and used in the market as a currency. This should still be the position taken by the PBOC today.

Article 127 of the General Rules of the Civil Law of China, which took effect on 1 October 2017, provides that: “In case laws have provisions on the protection of data and internet virtual properties, such laws should be complied with.”

Some experts believe that this means that one of the basic laws in China recognizes the legal status of cryptocurrencies as virtual property.

Senior officials of the PBOC have publicly encouraged the use of blockchain technology to improve the convenience, promptness and low cost of retail payments. In fact, the PBOC established its own Digital Currency Research Institute for the goal of issuing digital money. It should be noted, however, that China’s digital money would still be fully controlled by the central government, in contrast to the non-governmental nature of Bitcoin.

According to news reports, in December 2017, China Merchants Bank, Wing Lung Bank of Hong Kong, and Wing Lung Bank, Shenzhen Branch have successfully completed cross-border transfers of renminbi payments using blockchain technology. Many other banks have reportedly made experiments and even progress on the use of blockchain technology to improve their transaction systems.

Despite the ban on ICO and cryptocurrency exchanges, the PBOC and other government agencies have consistently shown great enthusiasm towards the application of blockchain technology for the goal of modernizing China’s financial systems and becoming a world leader in this new innovative technology. 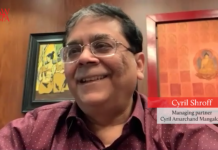 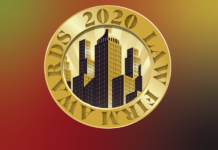 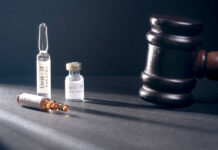