Already known globally as a high-tech manufacturing hub, Taiwan is making headway towards establishing itself as a centre for blockchain-based businesses and initial coin offerings (ICOs). Although there are currently no specific laws or regulations for cryptocurrencies, the Taiwan government has expressed a positive attitude towards this nascent industry and aims to develop anti-money laundering rules specific to cryptocurrencies by November this year.

The Taiwan government is also discussing, but has not concluded, developing further regulations for ICOs, and it is the hope of industry proponents that the need for government oversight will be minimized through the industry’s self-regulation.

In a 2017 article, Taiwan legislator Jason Hsu explained that Taiwan’s position on ICOs may be described as “three no-policies”: the Taiwan government does not encourage, not prohibit, and not take responsibility for it.

This approach has been viewed as an opportunity for ICOs to land in Taiwan, and in an effort to allow the Taiwan government to maintain such a “hands-off” position, an increasing number of ventures, scholars, researchers and other proponents of ICOs advocate for the self-regulation of ICOs as the mechanism to protect investor’s rights.

With this background, on 22 May (known as Pizza Day in the blockchain community), two initiatives were launched to facilitate Taiwan becoming a “crypto island”, i.e. the Taiwan Parliamentary Coalition for Blockchain (TPCB) and Taiwan Crypto Blockchain Self-Regulatory Organization (TBSRO). The TPCB, led by Jason Hsu, is a cross-party alliance with the aim of developing and deciding on a clear regulatory framework for the blockchain sector through education and building trust between regulators and cryptocurrency industry players.

The TBSRO aims to reduce the need for excessive government oversight, and to allow the government to take a more supportive approach towards the blockchain industry by requiring its members to comply with transparency and other investor protection mechanisms.

Taiwan Fintech Association (FTA), an organization co-founded by Jaclyn Tsai (also a founding partner of Lee Tsai & Partners) will lead the TBSRO. Under Tsai’s lead, the FTA is also establishing an international ICO transparency platform with global leaders in the ICO industry to bridge the information gap between ICO issuers and investors.

With strong self-regulatory mechanisms in place to protect investors, the need for government regulation will be minimized.

As with most other jurisdictions, due to the decentralized and anonymous nature of Bitcoin, the Taiwan government is concerned with the potential that they may be used for illegal transactions and crime.

As a member of the Asia-Pacific Group on Money Laundering, Taiwan is obligated to follow the recommendations published by the Financial Action Task Force (on money laundering – FATF), which is responsible for setting global AML policies.

Up to 35 countries and the European Commission recently asked FATF to enhance the AML requirements for cryptocurrencies, and FATF at the time of going to press of this article, is in the process of reviewing its standards relating to cryptocurrencies. There is a high probability that FATF will adopt new standards like those currently in place in South Korea, such as banning anonymous trading of cryptocurrencies, the introduction of the real-name system, and strict regulation on verifying customers’ identities.

On 30 May 2018, the Ministry of Justice, the Taiwan Financial Supervisory Commission (FSC), the Central Bank of Taiwan (CBT), and the Ministry of Economic Affairs jointly stated that bitcoin-related industries, including but not limited to exchanges, are required to comply with the Taiwan Money Laundering Act. The authors expect that AML guidelines specific to cryptocurrencies will be developed by November 2018, and will incorporate the FATF’s most updated guidelines.

In 2013, the FSC and CBT announced that Bitcoin would be classified as a commodity, rather than a currency. The FSC’s position for other cryptocurrencies is that they may be “securities” subject to the Taiwan Securities Exchange Act (SEA). According to article 6 of the SEA, securities is defined as any government bonds, corporate stocks, corporate bonds and other securities approved by the competent authority, i.e. the FSC.

The Taiwan Ministry of Finance clarified that all foreign stocks, corporate bonds, government bonds, beneficiary certificates, and other securities with nature of investment issued, offered or traded in Taiwan, shall be subject to the SEA. In other words, similar to many other jurisdictions, the jurisdiction of the issuer is irrelevant to the determination of whether the instrument is a security and any security tokens issued, offered or traded in Taiwan will be subject to the SEA.

The FSC announced in 2017 that it would follow the approach of the US Securities Exchange Commission and determine the classification and legal status of virtual tokens on a case-by-case basis. While there have been no Taiwan court cases specifically determining whether virtual tokens are securities, the Taiwan High Court in 2011 adopted the Howey test, developed by the US Supreme Court in the 1946 case SEC v Howey, to determine whether foreign investment contracts are securities.

After evaluating the four considerations in the Howey test – (1) is it an investment of money; (2) is it a common enterprise; (3) is there a profits sharing from the investment; and (4) does the profit come from the effort of others – the Taiwan High Court determined that interests in a foreign limited liability company are securities, and, as a result, the sale of the interest was subject to the SEA and regulated by the FSC.

The Howey test was referred to, and also applied by, the Taiwan District Court in a 2014 case in determining that limited partnership interests in a partnership also constitute securities. Given this trend in Taiwan courts, we can except that the Howey test will similarly be used in determining whether virtual tokens are securities to be regulated by the SEA and subject to the FSC’s oversight.

Recently, Wellington Koo, the chairperson of the FSC, stated that ICO tokens could be classified into three categories: utility type, security type, and payment type tokens. This is similar to the approach taken by the Swiss Financial Market Supervisory Authority (FINMA), which created the following categories according to the specifications of the tokens:

It is the authors’ view that the FSC will likely place a strong consideration on FINMA’s guidelines in determining its future approach regarding token classification. Additionally, based on past trends and that most of Taiwan’s financial regulations are developed from the regulations of the US Security Exchange Commission (SEC), the attitude of the SEC toward cryptocurrency will also likely affect the Taiwan government’s view toward ICOs.

As with other jurisdictions, once a token is classified as a security token, the offering and issuance of the token will be subject to the SEA regulations for public offerings in Taiwan, unless it qualifies private placement exemption.

We can expect that there will be major developments in Taiwan in the coming months on the regulation of cryptocurrencies. Blockchain businesses and cryptocurrency issuers deciding on its jurisdiction should closely monitor these developments and consider whether Taiwan would be a proper jurisdiction for its incorporation. 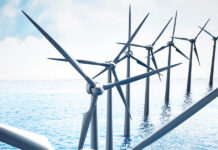 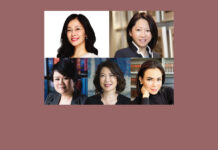