Severe economic uncertainty looms over the world economy. General financial advice is to reduce expenses and save cash. For large business houses lease rentals are usually the third highest fixed monthly expense after employment and labour costs and the cost of bank borrowing. Of a number of apparent legal solutions to the problem of cost reduction the most controversial is the demand of tenants that the lease rent be waived or significantly reduced, failing which the lease will be abandoned due to the COVID-19 crisis.

Lease agreements, leave and licensing agreements and informal lease agreements are governed by the Transfer of Property Act, 1908 (TPA), and the Indian Contract Act, 1872 (contract act). The main argument is whether the COVID-19 crisis qualifies as a force majeure event, or as an event that frustrates the purpose and intent of the lease agreement. Section 105 of the TPA defines a lease of immovable property as “a transfer of a right to enjoy such property, made for a certain time, express or implied, or in perpetuity, in consideration of a price paid or promised … to the transferor by the transferee, who accepts the transfer on such terms”.

The effects of exceptional circumstances are set out in section 108(e): “if by fire, tempest or flood, or violence of an army or of a mob, or other irresistible force, any material part of the property be wholly destroyed or rendered substantially and permanently unfit for the purposes for which it was let, the lease shall, at the option of the lessee, be void”.

Force majeure means a chance or irresistible natural occurrence or unavoidable accident that causes damage or disruption and that is neither caused nor preventable by humans even when exercising the utmost skill, care, diligence, or prudence. Section 56 of the contract act defines frustrated agreements as contracts to do acts which, after the contracts are made, become impossible or unlawful because of some event which the promisor could not prevent, and therefore, become void.

The lessee holding a property is the owner of the property for the limited period and purpose as stated, but under section 56 of the contract act the agreement is not frustrated since the current crisis has only temporarily delayed the benefits available from the property. The current COVID-19 crisis is serious and long but not indefinite and is not a situation where a return to normalcy is unlikely. Force majeure is applicable but only for a limited period and not in a manner that will irreversibly change the economic situation.

Lease agreements are further excluded from the doctrine of frustration of a contract as defined under section 56 of the contract act by the case of Raja Dhruv Dev Chand v Harmohinder Singh and Anr (1968). The Supreme Court held that by its express terms section 56 of the contract act does not apply to cases in which there is a completed transfer. Under a lease, there is a transfer of the right to enjoy the land. If any material part of the property is wholly destroyed or rendered substantially and permanently unfit for the purpose for which it was let out because of fire or other irresistible force, the lessee may avoid the lease. Where the property leased is not destroyed or left substantially and permanently unfit, the lessee cannot avoid the lease simply because he does not or is unable to use the land for the purposes for which it is let.

The leased property is being held by the lessee as a limited time owner, and any short-term disturbances would not affect the ability of the property to generate profits. Just as the lessor does not share the profits of the lessee they would have no share of the losses due to non-utilization in the current crisis.

The section 56 doctrine of frustration of the contract would not be applicable according to established law and by the fact that the disruption is a delay and not the termination of the usage of the property. Force majeure is applicable for a limited period but is not an event that removes the ability of the lessee to utilize the leased premises.

Compromise and discussion between a landlord and tenant during this crisis is the best way to resolve lease rental disputes. Unless the government introduces a new law specifying the fate of leased properties during the COVID-19 crisis, or the lease includes a specific clause relating to contagion or lockdown, the responsibility to pay the rent remains a legal obligation of the lessee.

Gautam Khurana is the managing partner and Chandra Shekhar is a partner at India Law Offices. 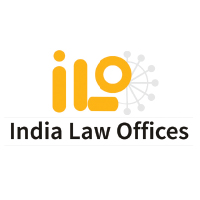 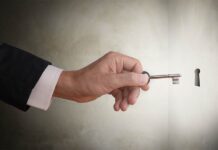 The RBI is poised to adopt a digital currency. What checks and balances are needed to safeguard the process?
A multilateral effort to make big tech pay its fair share of taxes is close to reaching its goal
The top foreign law firms for India-related work

The top foreign law firms for India-related work
OECD’s Asean project seeks to foster competition in the region’s e-commerce sector
A multilateral effort to make big tech pay its fair share of taxes is close to reaching its goal
SIAC CEO talks about strategies for its success
Please send any press releases, deal announcements, details of new hires, newsletters and any other news items to: news@law.asia