The role of corporations in the national or global economy cannot be undermined. The shift in economic superiority, no longer confined to Western nations, has impacted upon the structures and roles that corporations are now playing and are expected to adopt in the future.

Aside from economic contribution, corporate entities are being encouraged to accept social responsibilities by allocating their resources towards ecology and social causes and ensuring their businesses minimize the impact of damages upon individuals, customers, communities and the environment at large.

Simply put, corporations are extremely effective catalysts and harbingers of change in modern society. It is necessary for legislators and the judiciary to recognize this corporate ability to bring about social change, and adapt to it accordingly.

Under Indian law, a corporation is an artificial entity that the law treats as having its own legal personality, separate from and independent of the individuals who make up the corporation. This has led to a debate surrounding the issue of whether a corporation can be held criminally liable.

A corporate crime is a criminal activity on behalf of a business organization. However, corporations are run by people whose actions can be criminal in nature, and can sometimes even result in both economic and human loss.

The key constituents for a crime include the existence of an act or omission i.e. actus reus and a state of mind i.e. mens rea. In other words, a person is made criminally liable if the crime involves both actus reus and mens rea.

Actus non facit reum, nisi mens sit rea is the basic rule for criminal liability. It means that the act does not make an individual legally guilty unless his or her mind is also guilty.

There is an exception to this maxim, where an individual can be made liable for a crime which is committed in the absence of any guilty state of mind, as happened in the famous Bhopal gas leak of 1984.

The question of imposing criminal liability on a corporation for the criminal offences committed by directors, managers, officers, and other employees of the corporation has gained immense importance in recent years.

Under Indian law, a director’s fiduciary duties require him or her to exercise their powers and position diligently, with care, loyalty and in good faith for the benefit of the company as a whole, and not for his own benefit or for the benefit of a section of the shareholders, even if the section represents the majority of share-holders.

Furthermore, according to section 5(g) of the Companies Act, 1956, if a company does not have a managing director, a whole-time director, or a manager in case of any default, the directors of the company are treated as officers-in-default and are liable for monetary and penal sanctions.

Therefore, a reference to offences committed by directors, managers, officers and other employees of a corporation implies vicarious and strict liability.

Vicarious liability holds one person responsible for the acts of another when engaged in some form of joint or collective activity. As a result, in a corporation where the directors, managers, officers and other employees commit a crime, the corporation will be vicariously liable for the offence.

As the law stands at present, a variety of offences committed by a corporation can invite sanctions. This includes bribery, inducement, conspiracy, violations of competition law and notably engaging in restricted and unfair trade practices. Of course, a corporation cannot be imprisoned – it can be punished by a fine and its assets or properties can be seized based on an execution issued by the court.

The Indian Penal Code provides the methods through which such fines may be imposed. Sometimes a fine is the sole sanction, while in other instances it is coupled with imprisonment which, of course, is relevant only in the context of an individual such as a key employee, and does not apply to the corporation as an entity.

As a matter of practice, corporations tend to perceive the imposition of fines as hardly severe (especially when foreign shareholders are involved who convert the rupee amount to dollars or Euros).

By paying the fine, larger corporations tend escape harsher penalties, and do not regard the pecuniary liability as a deterrent.

The legislature should consider introducing new forms of punishment in order to encourage corporate social responsibility measures and restrain corporate entities from engaging in any kind of criminal activity. 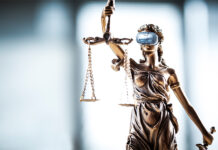 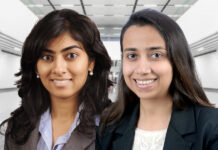