In land-based photovoltaic acquisition projects, administrative penalties are often imposed by authorities for unapproved construction of buildings and related facilities. Confiscation of illegal buildings and major photovoltaic power generation facilities poses a considerable legal risk to acquirers. This article analyses the issue based on experience from due diligence in previous projects.

According to the Notice of the General Office of the State Council on Issuing the Action Plan for the Energy Development Strategy (2014-2020), it was planned to achieve grid parity with the on-grid tariff of wind and photovoltaic power equal to that of coal power by 2020.

The Notice of the National Development and Reform Commission on Matters Concerning 2021 New Energy On-grid Power Tariff Policy stipulates that, from 2021, the central government will no longer subsidise newly registered centralised photovoltaic power stations, industrial and commercial distributed photovoltaic projects, and newly approved land-based wind power projects while grid parity is implemented. In the past, each year new energy project targets and tariffs were pegged to construction progress, so photovoltaic power plants always had to rush ahead of schedule to get tariff subsidies, resulting in many land-based photovoltaic projects being constructed without approval due to incomplete land and construction procedures.

On enforcement of an administrative penalty decision, ownership of photovoltaic and other newly constructed facilities on illegally occupied land, in accordance with article 77 of the Land Administration Law, shall be owned by the state. The power revenue generated by such facilities also belongs to the state.

That view has been confirmed by some provincial and municipal governments, and land and resources authorities in their regulations or statutes. For example, the Guidance on Execution and Disposal of Confiscated Illegal Buildings, issued by Shenzhen City Planning and Land Resources Committee in September 2018, clarifies that “confiscated illegal buildings are state-owned assets and shall be under the effective control of the receiving entity”.

Article 22 of the Measures for the Administration of Fines and Confiscated Property clearly stipulates that ownership of confiscated property and property rights (real estate, land use rights, etc.) that should be registered by law may be changed before sale in accordance with an administrative penalty decision, confiscation or recovery decision, and court rulings and judgments, and shall be disposed of per the provisions of those measures after the change.

Law enforcement agencies, government warehouses, financial departments at the same level, or other designated agencies may then take over ownership, but the nature of the confiscated property cannot be changed and the receiving entity cannot occupy, rent or lend the property for any purpose.

According to article 58 of the Regulation on the Implementation of the Land Administration Law (amended in 2021), if a government authority of natural resources at or above the county level confiscates newly constructed buildings and other facilities on illegally transferred or occupied land, it shall hand over the buildings and facilities to the government at the same level, or a government-designated department, within 90 days for lawful management and disposal.

According to the Administrative Enforcement Law, an administrative organ without enforcement power should apply to a court for enforcement within three months, as the court will not accept a late application. However, it should not be assumed the confiscated facilities are no longer state-owned, or that the penalty is no longer enforceable.

In practice, after a land and resources department or other authority has issued an administrative penalty decision, usually no demolition or confiscation is executed, or the department states that no actual confiscation will be executed after the penalty is made. The subject of the penalty will often continue operating the power plant and making a profit, or sell equity in, or the entire property, resulting in considerable inherent risks to acquirers.

In the authors’ opinion, the administrative penalty of confiscation of buildings and other on-land facilities should take legal effect immediately after being issued. If no application for administrative reconsideration is made, or no administrative lawsuit filed within the statutory period, legal rights should be divested. Therefore, in acquiring land-based photovoltaic projects, due diligence is an absolute necessity. It should be clearly stated in transaction documents that properties subject to administrative penalties or confiscation by government authorities without actual execution should be excluded or managed with care by an acquirer during price evaluation. The acquirer may agree that the seller compensate the acquirer for any consequent loss suffered. 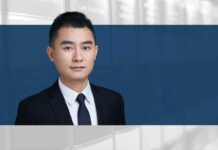 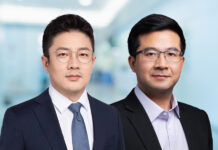 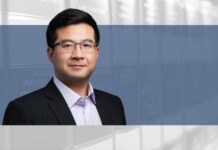