Mass economic crime, with illegal fundraising as a typical form, affects a large group of non-specific victims and features broad involvement, substantial destruction and difficult disposal of assets. According to publicly available data, nearly 19,000 mass economic crime cases were filed from 2018 to the first quarter of 2019, involving an aggregate value of RMB410 billion (US$57.45 billion).

The most important and also the most challenging problem in handling the aftermath of mass economic crime cases is asset disposal, in particular the refunding in illegal fundraising cases, including the recovery, disposal, cashing and return of assets. Under the Criminal Procedure Law, the current mainstream modes of asset disposal include disposal by the public security authority in the criminal investigation stage, disposal by the people’s procuratorate in the review and prosecution stage, and disposal by the court in the stage of trial and enforcement of criminal judgment. Usually the court’s enforcement division finally returns involved assets during the enforcement of criminal judgment.

Given the huge number of victims and large amounts of money involved in mass economic crimes, however, asset disposal is cumbersome, complicated and plagued with difficulties.

Criminal-civil overlaps. Such cases feature a mix of criminal offences and civil infractions. Many cases have entered civil proceedings prior to criminal filing, with civil judgment effective, or even in enforcement. Once an enterprise enters criminal proceedings for suspected economic crime, all relevant civil proceedings will be suspended under the “criminal first, civil second” principle. It gives rise to questions as to criminal-civil overlaps, such as how to address the continuity and conversion between civil and criminal cases, and how to enforce the pre-existing effective civil judgment.

Protracted and inefficient asset disposal. As the criminal law mainly addresses criminal crackdowns, there is a lack of practical rules, and well-defined functions and powers, for asset disposal in mass economic crime cases, which seriously hinders the asset disposal process. In particular, in recent years, a huge amount of judicial resources has been tied up by frequent mass economic crimes involving numerous people and complicated asset portfolios, further worsening the inefficiency of asset disposal. Lower efficiency results in longer waiting periods for refunds to victims, and the protracted disposal period adds to disposal costs, and eventually brings down the total debt servicing ratio.

Low transparency in asset disposal due to lack of a supervision mechanism. In the existing mode of asset disposal in criminal cases, participants in illegal fundraising, and other victims, cannot get fully involved in the disposal process and have no lawful and effective access to information on fairness of disposal price and progress of disposal, so their satisfaction about asset disposal is low. In particular, some recoverable assets are too poorly protected to boost the efficiency of disposal or increase the debt servicing ratio.

It can be said that asset disposal in mass economic crime cases is a complicated, arduous and systematic programme. It has to address the criminalization and sentencing criteria on the one hand, and deal with the disposal and return of involved assets on the other hand. Thus, a complete set of mechanisms is needed to address the procedural and substantive issues concerned.

The Bankruptcy Law specializes in asset disposal and debt liquidation. This law, both substantive and procedural, features a complete system and strong applicability. The bankruptcy procedures set out in the Bankruptcy Law provide the best solution for liquidation, reorganization or settlement of particular types of troubled assets in various scenarios. Therefore, the bankruptcy regime is highly practical and advantageous when it comes to asset disposal in mass criminal crime cases.

First, the purpose and measures of asset disposal in mass criminal cases are well aligned with the bankruptcy regime. Usually an enterprise involved in a criminal case is insolvent or illiquid, falling within the scope of the bankruptcy regime. The regime aims to ensure the fairness to creditors in debt repayment, designed to address collective debt issues that involve a large group of persons. It provides institutional arrangements to ensure fairness to the majority of people.

In addition, the Bankruptcy Law imposes clear time limits on declaration, registration and verification of claims, helping to rapidly determine the number of participants in illegal fundraising, or victims and involved money, and thus reducing the time for case handling. In reality, local governments and courts have referred to many procedural arrangements provided in the Bankruptcy Law to address the refunding and compensation in handling illegal fundraising cases.

This feature supplements the rigidity of criminal measures. The combination of various measures helps boost the efficiency of asset disposal. For example, the public security authority attaches or freezes assets on account of their nature of illegal proceeds or involvement in the case, but cannot claim civil rights as to improper gains, general lending, or other creditor’s rights generated in the ordinary course of business.

After the bankruptcy regime is introduced, the administrator can recover such assets on behalf of debtors by means of litigation, demand letters and payment orders. Introducing bankruptcy procedures to addressing asset disposal in economic crime cases materializes the innovative rule of law of “criminal-civil synchronization”, which provides a new solution for using applicable law in addressing cases with criminal-civil overlaps, long a perplexing problem in judicial practices.

Third, the neutral role of the administrator designed in the bankruptcy regime serves as a bridge among judicial authority, creditors, debtors, government, public security agencies and other authorities. Such organizations as creditors’ meetings and creditors’ committees are established to ensure openness, transparency and efficient communication in the asset disposal process, which supplements the “confidentiality” and “non-openness” of criminal measures, and thus effectively protects the right to know and supervise participants in illegal fundraising, and its victims.

Fourth, the institutional arrangements for asset disposal in bankruptcy procedures are complete and systematic, conferring a dominant role on creditors and enabling them to make the best choice. The property receivership, administration and disposal regimes also help effectively mitigate the risk of asset depreciation, serious delays in debt service, and other difficulties in mass economic crime cases. 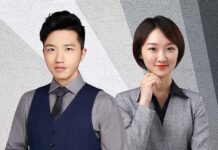