Labour dispatching and outsourcing, as supplementary forms of employment for enterprises, have a long history of being comparatively analysed in practice. The authors argue that, due to the current discrepancy in the business capabilities of Chinese outsourcing service companies and the management level of employers, the choice by an enterprise between the labour dispatching model and the outsourcing model is essentially a choice about risks and costs.

An enterprise may decide on the specific employment model it wishes to use after conducting a comprehensive assessment based on its own management capabilities, the necessity to participate in the process of managing employees in the course of their provision of labour, the service capabilities and qualifications of the outsourcing service company, etc. This article compares and analyses the differences between labour dispatching and outsourcing to provide a reference for enterprises needing to make a choice.

An employer can screen the entities with which it proposes to co-operate by understanding whether the labour dispatching companies have labour dispatching qualifications, and as they have been indirectly endorsed by the government, the scope of the enterprise’s choice of co-operating party is easily narrowed. In contrast, choosing an outsourcing company requires the employer to formulate more complex internal supplier screening rules so as to ensure that the service capabilities of the co-operating entity satisfy requirements.

In the labour dispatching model, the employer and labour dispatching entity are subject to the Employment Contract Law and the Interim Provisions for Labour Dispatching, in addition to the business contract executed by them. In contrast, in the outsourcing model, the co-operation between the parties’ proceeds based on the terms of the contract executed by them, and the parties are subject to the Contract Law.

Provided that the terms specified by them do not violate the mandatory provisions of laws, the co-operation matters between the parties are mainly governed by party autonomy and dealt with in accordance with the terms of the contract.

However, with respect to the outsourcing model, the employer need only carry out business-level consideration based on the company’s business structure and actual operating circumstances, and the parties may proceed with their co-operation in respect of any matters not prohibited by law.

There is no limit on the number of workers that may be used in this manner and, through a reasonable design of the terms, the employer can actually use the outsourced personnel to provide services without bearing labour law risks.

An employer may, in accordance with the law, directly participate in the management of dispatched workers and require them to provide labour in accordance with its evaluation standards and relevant systems. Through its control of the labour process and results, it can procure their satisfaction of the requirements, thereby making up, to a certain extent, any inadequacies in the management capabilities of the labour dispatching entity.

However, if an employer opts for the outsourcing model, management of the business itself is emphasized, and if the requirements in respect of the service capabilities of the outsourcing enterprise are relatively stringent, it will not be able to participate in the management of the labour provision process, and will only be able to assess whether the labour provided by the outsourced personnel satisfies requirements by way of the service procedures and service results.

More specifically, with a view to achieving its management objectives, the employer may conduct an evaluation of the outsourcing enterprise based on whether the service results or the service provision process comply with the standards specified in the contract, e.g., by specifying: (1) the service evaluation standards; (2) the time requirement for replacing or returning service personnel; (3) the elimination of personnel whose service quality is found to be sub-standard; and (4) damages for losses incurred in the course of the services. 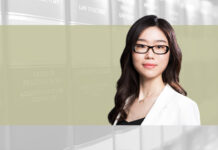 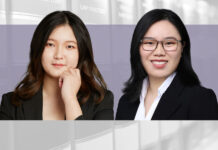