This article analyses the changes brought about to the positions set out in an earlier article (SBO Rules: Lack of clarity may hamper compliance, published in India Business Law Journal, February 2019) following the notification of the Companies (Significant Beneficial Owners) Amendment Rules, 2019 (amended rules), by the Ministry of Corporate Affairs (MCA) on 8 February 2019.

The term “significant influence” was not defined prior to the notification of the amended rules, which has now been defined to mean, “the power to participate, directly or indirectly, in the financial and operating policy decisions of the reporting company but is not control or joint control of those policies”.

The scope of this definition is so broad that it fails to provide for an objective test to determine the presence of significant influence.

The existence of affirmative voting rights for certain shareholders on matters that impact financial or policy decisions may be construed to mean significant influence. This could also apply to set ups where a shareholder comprises a member of a voting pool of which a specified threshold would need to approve such matters.

This would result in situations where, even if such a shareholder holds 5% individually, in such voting pool, its ability to participate in the decision-making process by virtue of its membership in such a voting pool would render it a significant beneficial owner and thus trigger the requirement to make a disclosure. Thus, the attempt to give clarity by introducing this definition may perhaps be inadequate in its execution. In respect of pooled investment vehicles, or entities controlled by pooled investment vehicles, where there may be multiple persons exercising varying degrees of control or influence, the amended rules have clarified that the individual: (a) who is a general partner, or (b) who is the investment manager, or (c) who is the chief executive officer, where the investment manager of such pooled vehicle is a body corporate or partnership entity, is required to make disclosures as the significant beneficial owner.

In accordance with the clarification provided by the amended rules, limited partners are not required to make disclosures as significant beneficial owners. However, the applicability of the amended rules with respect to investing entities that do not have individuals or natural persons as unit holders is still not clear.

The amended rules have also prescribed a definition of “majority stake”, which includes a right to receive or participate in more than one-half of the distributable dividend or any other distribution by the body corporate.

The scope of this definition is so broad that it may have the effect of rendering venture capital or private equity investors who have received liquidation preference rights to be deemed to be holding a majority stake, despite their actual stake-holding in the company being nowhere near a majority stake.

There are also other spillover effects of the amended rules on the remaining provisions of the Companies Act, 2013 (act). The term company under the act has only been used in a way that is constrained by the definition given to the term in section 2 of the act.

In terms of reporting requirements, the amended rules prescribe an obligation on the reporting company to take steps to investigate if there is any individual who may be a significant beneficial owner in relation to that reporting company and if so, identify and cause them to make a disclosure in the prescribed form.

However, the amended rules then go on to prescribe that every reporting company shall give notice to its members who hold not less than 10% of its share capital, voting rights or the right to receive or participate in the dividend or any other distribution payable in a financial year, to determine the requirement to make disclosures.

Therefore, it is not clear what these necessary steps are. The obligation of the reporting company to furnish such notice to its members who meet the criteria set out above, appears to operate independent of the general obligation to investigate, which makes it unclear as to what burden has to be discharged by a reporting company to render it compliant with this requirement.

Siddharth Nair is a partner and Ritwik Mukherjee is an associate at Shardul Amarchand Mangaldas & Co. 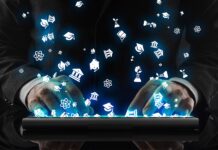 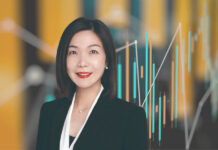 In-house legal teams have guided companies to understand CSR regulations during the pandemic
Do lawyers have a duty to help avert a climate catastrophe?
The markets regulator has begun the process to move away from the broad concept of promoters