The recent Arbitration Week was another success for arbitration in Hong Kong, with events put on not only by Hong Kong’s own arbitral institutions, but also by other institutions such as the Permanent Court of Arbitration and the International Chamber of Commerce (ICC), and also by a distinctly Chinese institution, the Chinese International Economic and Trade Commission (CIETAC). 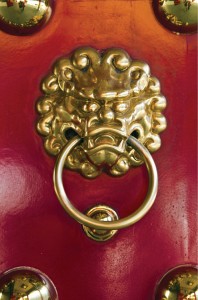 In all, it has been a tumultuous year for arbitration in China. Following CIETAC’s introduction of its new rules in 2012, the dramatic rift between CIETAC’s Beijing headquarters and CIETAC’s Shanghai and Shenzhen sub-commissions dominated headlines in the legal world.

Although this rift has caused much uncertainty, a possible positive consequence is that there is now greater competition between CIETAC Beijing and CIETAC Shenzhen (now renamed SCIA or SCIETAC) and CIETAC Shanghai (now renamed SHIAC or SIETAC). Greater competition leads to higher standards. We have already seen beneficial competition between CIETAC and other Chinese arbitration institutions such as the Beijing Arbitration Commission.

Unambiguously allowing foreign arbitration institutions to conduct arbitrations in China would further increase competition, leading to a higher quality of arbitration in China.

The author, Lord Goldsmith QC, is chair of European and Asian litigation at Debevoise & Plimpton