The opening of China to business from abroad since the 1980s has triggered significant investment of European companies into the country. In order to safeguard related contracts, arbitration was the self-evident choice for Sino-European transactions. Its main features have always been legal security and neutrality. The significance of arbitration for Sino-European transactions and trade was supported by the accession of China to the Convention on the Recognition and Enforcement of Foreign Arbitral Awards (the New York Convention) on 22 January 1987. 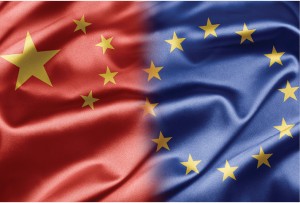 At the start, the trend towards arbitration agreements in Sino-European contracts was driven by the Western business parties, who wished to avoid court proceedings in China. But litigation before a European court was not seen as being neutral from the Chinese perspective. Consequently, arbitration became the dispute resolution method of choice.

However, in the past few years we have noticed that the tables have been turning. Increasingly it is the Chinese business partner who insists on arbitration – often with the arbitral tribunal being seated in a third, neutral European country – and who initiates arbitral proceedings if a dispute arises.

There are a number of reasons for this shift. One is the increasing professionalism of Chinese companies, both private and state-owned enterprises. It is a noticeable trend that Chinese companies, especially those focused on export, have sophisticated legal departments that, from the outset of a trade deal, put great emphasis in securing their rights arising from the agreement. 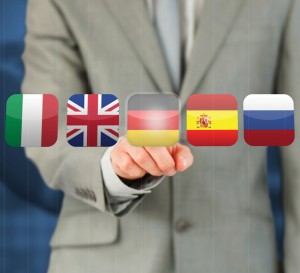 A second reason – which has played a significant role in the past couple of years – is the financial and economic crisis in Europe. Many mid- and long-term sales and purchase contracts under which goods were to be exported from China to Europe were entered into before the crisis. In the wake of the crisis, many European buyers defaulted on their payments.

As a consequence, we have been observed a widening stream of Chinese applicants seeking to enforce arbitral awards against European parties in Europe, with the assistance of experienced European law firms.

This is evidenced by a decision of the Higher Regional Court Berlin, which rejected an application for enforcement of an award rendered in Shanghai (against a Chinese party), based on the fact that the Chinese courts had already found the underlying arbitration agreement to be invalid. The German court held, inter alia, that it was bound by the Chinese court decision and denied enforcement of the award.

In a second case, the Higher Regional Court Munich enforced of an award in favour of a Chinese claimant against a German respondent.

The respondent argued that the award should not be enforced because, pursuant to article 67 (new 71) of the CIETAC rules, the arbitration was conducted in Chinese, even though the parties did not agree on Chinese as the language of the arbitration. Upholding the parties’ agreement under the CIETAC rules, the court rejected the respondent’s arguments and declared the award enforceable.

This arbitration-friendly approach taken by the German courts does not only lead to speedy enforcement against European parties, but can also be used as a bargaining chip in order to encourage the defaulting payer to agree to a payment plan, or to strike a settlement. Consequently, we have noticed a trend for Chinese parties to recommend and choose Germany as a preferred the seat for arbitration.

This is not surprising given the strong links between Germany and China’s civil codes and given the pro-arbitration support of the German courts for supporting measures or the challenge of arbitral awards.

Germany provides an excellent legal infrastructure for international arbitration proceedings. Germany’s arbitration law is largely based on the UNCITRAL Model Law, and Germany is a party to the New York Convention.

Germany’s arbitration law safeguards the procedural rights of both parties and the independence of the arbitrators, ensuring that awards are enforceable and unlikely to be successfully challenged. The arbitration options in Germany are also available in numerous different languages, including Chinese.

Germany’s legal and general infrastructure therefore provides an ideal basis for arbitration proceedings, under all major sets of rules. The German market, in particular, offers the German Institution for Arbitration (DIS), and the relatively young Chinese European Arbitration Centre (CEAC), which are based in Cologne and Hamburg, respectively. Each of these institutions provides for its own set of rules.

DIS, whose roots go back to 1920, is a well-established and experienced institution that provides tested rules for national and international arbitrations. CEAC, which was founded in 2008, has rules that provide for specific provisions designed for China-related disputes. The members of its management and advisory bodies, as well as its appointing authority, come from China, Europe and other regions of Asia.

The authors, Felix Lautenschlager (attorney-at-law) and Falco Kreis (trainee lawyer), are with the dispute resolution department of CMS Hasche Sigle, which is a tenant at Arbitration Chambers Hong Kong.