A quartet of Chinese companies to list on the SIX Swiss Exchange in July signals the beginning of a wave of A-listed firms looking to trade global depository receipts (GDRs) in Switzerland.

At least seven companies are awaiting approval for GDR listing in Switzerland following the quartet of A-listed companies Keda Industrial Group, Ningbo Shanshan, GEM and Gotion High-tech going public on the SIX on July 28. This was the same day a new GDR scheme between China and Switzerland took effect.

“The higher average valuation of listed companies on the SIX appeals to a lot of foreign companies,” Wang Hang, one of the deal’s leading partners from Baker McKenzie, said.

“In general, Switzerland is a neutral country with a stable political environment and predictable regulations.”

The deals were the first under the GDR scheme in Switzerland since the China Securities Regulatory Commission expanded the China Stock Connect programme in February.

The previous Stock Connect scheme linking China and London has been extended to include Germany and Switzerland’s capital markets.

Compared to the bourses in London, Germany and Hong Kong, one of the most popular secondary listing and dual-primary listing choices for Chinese companies, the SIX has thin market capitalisation and trading volumes, but it unexpectedly became the latest popular place for A-share companies to issue GDRs as a result of the new scheme.

As listing in the US has become more stringent in terms of auditing requirements, some Chinese companies have abandoned this most prosperous capital market, turning to blaze a new path elsewhere.

“With a new regulation on GDRs launching on the SIX, the approval process is simpler and more efficient, the compliance obligations of GDR issuers after listing are more flexible, and the fees before and after listing are more reasonable,” Wang said. “Here is a plug for outbound finance for Chinese enterprises.”

Wang pointed out that instead of targeting Chinese concept stocks from the Nasdaq and NYSE as the HKEX has been doing, the SIX has been luring European investors.

According to the SIX, two-thirds of Europe’s blue-chip companies are listed here and three of the five largest conglomerates, measured by market capitalisation, in Europe are also listed here, namely Nestle, Roche and Novartis. Although there are only around 250 listed companies on the SIX, the total market value is at USD1.8 trillion.

Joe Zhou, head of the legal and compliance department at China International Capital (CICC), said, “The financial sector contributes a lot to Swiss GDP. Listing in Switzerland can get access to abundant capital, and seasoned Swiss and international investors, as well as the leading cross-border wealth management companies.”

CICC is allowed to provide securities services after it joined the SIX in June as the first Chinese member on this exchange. It is the only Chinese investment bank with triple qualifications – in British, Swiss and German jurisdictions.

Zhou believed Chinese companies, which favoured the three stock exchanges, had their own priorities when it came to deciding where to list. “London is more balanced and dominated by the consumer and financial industries, Switzerland focuses on the healthcare and consumer sectors, while Germany is dominated by industrial and information technology companies,” he said.

He added that the SIX valued the high-cap companies as “75% of the whole bourse’s market capitalisation is from top 20 enterprises”, in contrast to similar figures in London and Germany, which are more dispersed.

Zhou suggested that companies planning to issue GDRs should consider the business’s expansion area, its industry and current market value before making a decision on a listing location. 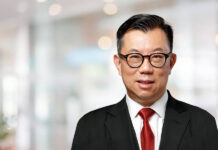