The Builders Association of India (BAI) brought an action under section 19 of the Competition Act, 2002 against the Cement Manufacturers Association (CMA) and 11 major cement manufacturing companies for allegedly conniving with each other and indulging in price controlling activities across India.

The main legal argument from BAI was that cement companies, under the garb of an association, i.e. the CMA, had allegedly been entering into anti-competitive agreements, including exchange of price-sensitive information, thereby controlling the prices of cement across India.

The BAI contended that the alleged activities of cement companies also encompassed controlling production and restricting supply of cement to builders and consumers, thereby allegedly causing an artificial increase in cement prices. In light of these activities, the BAI requested an inquiry against cement companies for violating sections 3 and 4 of the act.

The Competition Commission of India (CCI) vide its order dated 31 August 2016, observed that the definition of “agreement” as provided in section 2(b) of the act is an inclusive definition and so has to be interpreted accordingly, and held that it would assess the evidence on record against the cement companies and the CMA based on the “principle of probabilities”.

The CCI also observed that parallel prices, dispatch and supply, and co-ordinated behaviour amongst a group, along with other factors, were the basis for establishing “concerted action” and that in most cartel cases circumstantial evidences were crucial and had been relied upon even in foreign jurisdictions.

In this regard, the CCI relied on observations made in the Dyestuffs case by the European Court of Justice, and opined that sufficient evidence and meeting of minds existed for a prima facie case against CMA and the cement companies.

It relied on the case of T-Mobile v Commission, and held that in the backdrop of various meetings that were organized by the CMA, “it is abundantly clear that sensitive commercial information was available to its members which could greatly facilitate anti-competitive outcomes”.

The CCI held that the cement companies were guilty of violating section 3(1) read with section 3(3)(a) and (b) of the act, and imposed a penalty of 0.5 times the profit of party in breach, amounting to a total of ₹63 billion (US$881 million) on the cement companies – the highest penalty imposed by the CCI to date – and ₹7.9 million on the CMA for the contravening period of 20 May 2009 to 31 March 2011.

Aggrieved by the CCI order, the CMA and cement companies (appellants) filed an appeal before the National Company Law Appellate Tribunal (NCLAT) challenging the order.

THE NCLAT DECISION ON CEMENT PRICES

The NCLAT decision is based on the following two legal issues:

Meeting of minds inter-se the appellants. The NCLAT held that the CMA was guilty of circulating sensitive information to the cement companies and concluded that there was a meeting of minds among the appellants with respect to fixing the sale price of cement and for regulating its supply and production.

The NCLAT, while relying on the principles of probabilities, referred to the observations made in the case(s) of Technip SA v SMS Holding (P) Ltd & Ors, and International Cylinder (P) Ltd v CCI & Ors, held that the member cement companies of the CMA were circulating the sale price of cement to other members/competitors.

It further relied on the case of Excel Corp Care Ltd v CCI, to demonstrate that the onus lies heavily on the appellants to demonstrate the non-existence of a meeting of minds among themselves, and held that “once an agreement is noticed and any one or other ingredients of section 3(3)(a) or (b) is found, the automatic presumption will be that such an agreement has an adverse competitive effect on competition”.

Whether a meeting of minds attracts violation under section 3(3)(a) or (b) of the act. The NCLAT held that the cement companies were guilty of price parallelism, regulating the production and dispatch of cement, low-level capacity utilization, and exhibiting co-ordinated behaviour among the appellants, and were in violation of section 3(3)(a) and (b) of the act. The NCLAT refused to interfere with the CCI order and confirmed the penalty imposed by the CCI. 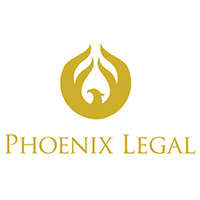 This case now remains before the Supreme Court, which in October stayed the NCLAT’s order upholding the CCI verdict, but the final result may well establish a judicial precedent for all future cases relating to cartelization in India. The BAI was represented by Phoenix Legal and its partner, Vasanth Rajasekaran, led the arguments before the CCI and NCLAT.

VASANTH RAJASEKARAN is a partner at Phoenix Legal and he can be contacted at: [email protected]