Shareholders of a company being taken private pursuant to part XVI of the Cayman Islands Companies Law (2013 Revision), who dispute the fairness of the offer received, may ultimately seek an order of the Grand Court of the Cayman Islands determining the “fair value” of the company’s shares and recover the duly appraised fair value of their shares. The court’s power to reach its own conclusion on fair value and require payment of a different amount to dissenting shareholders is critical for the protection of minority shareholders.

As yet, the only Cayman Islands decision on this appraisal process is Integra Group. Integra was a Cayman Islands incorporated company, which operated as an independent Russian oilfield services business. In 2007, it listed its global depository receipts (GDRs) on the London Stock Exchange. After mid-2012, the listed price of Integra’s GDRs significantly diminished. In December 2013, Integra’s management proposed a management buyout, structured as a merger under the Companies Law.

Integra appointed a special committee of independent directors and obtained a fairness opinion as to the proposed offer. In April 2014, the special committee recommended that investors accept an offer of US$10 per share, which represented a premium of approximately 45% over the average trading price of the GDRs for the prior 30 trading days, and which valued Integra at US$90 million. The merger was adopted by special resolution and duly approved.

Three dissenting shareholders (holding about 17.3% of Integra’s issued GDRs) took the view that the offer price was too low. They converted their GDRs to shares, opposed the merger at the extraordinary general meeting (EGM), and triggered the dissenters’ rights process. This resulted in the court being requested to determine the fair value of Integra’s shares.

The court directed that a full valuation process be conducted, with each side appointing an independent valuer. A trial then took place in which the expert valuers were cross-examined on their opinions regarding the value of the shares.

Applying a market valuation approach and a control premium to the publicly traded share price, which was then cross-checked against a discounted cash flow (DCF) valuation, Integra’s expert submitted that fair value was somewhere in the range of US$70 to US$100 million. Valuers in future cases should take heed of the court’s indication that it was not helpful to be given a range of values in this imprecise way.

The court held that the fair value of Integra was higher than the offer price and higher than the highest estimate of the range of valuations provided by Integra’s expert. As such, the dissenters’ valuation evidence was preferred, with the court discounting the valuation in places to reflect the conclusions it had reached as to how to assess “fair value”. The court valued Integra at US$105 million, with fair value of each of Integra’s shares being US$11.70. The court ordered payment of that amount, plus interest, to be made to the dissenters.

The Court took into account guidance from similar statutory merger regimes in the US state of Delaware, and in Canada, and concluded:

(1) Fair value is the value to the shareholder of his or her proportionate share of the business as a going concern without any minority discount or any premium for the forcible taking of his or her shares;

(2) Assessing fair value is a fact-based exercise and requires an important element of judgment by the court;

(3) Where a company’s shares are listed on a major stock exchange, this does not mean that a valuation methodology based upon its publicly traded prices is necessarily the most reliable. It will depend on whether there is a well informed and liquid market with a large, widely held free float;

(4) The date for determining fair value was the date of the EGM.

The fact that the court was prepared to come to its own conclusion about fair value, taking into account the views of both experts, and that the dissenting shareholders received a higher price than the offer price, should be encouraging to minority shareholders. It remains to be seen how the law will develop in the context of listed Cayman Islands companies that are taken private, because bidders recognize that the publicly traded price reflects a discount on value, especially in light of gains that can be made by a re-listing on a different exchange.

AISLING DWYER is an associate at the Hong Kong office of Maples and Calder. 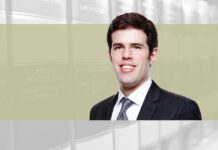 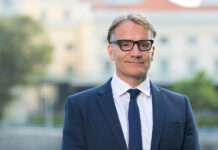