The dispute resolution process in Indonesian civil proceedings follows the Dutch civil law tradition. There are no discovery proceedings and the principle of stare decisis does not apply. Both the winning and the losing party bear their own legal costs except unless otherwise agreed. Injunctive measures are possible but, except for security attachments, rare.

The disputing parties, based on their mutual agreement, can also go for an out-of-court settlement for their dispute during the appeal, cassation or case review stages, as long as the dispute has not been adjudged with a final and binding decision.

Documentary evidence is the most common. The parties are, however, free to submit various forms of other permitted types of evidence that support their positions. The parties may, for example, submit expert testimony, which can provide evidence to the judicial panel on matters that are technically complicated, and may be subjected to cross-examination. Indonesian courts do not recognize a “pre-trial discovery procedure”.

An appeal can be filed by a party whose interest is harmed as a result of a first-instance decision. An appeal process is a re-examination of the first-instance court decision and will cover the factual and evidentiary issues, as well as questions of law. At appeal, the parties may present new evidence and submit a memorandum/counter-memorandum, however the High Court is not compelled to consider the appeal memoranda.

Cassation to the Supreme Court is the third stage of the judicial process.

In the context of civil procedure, the Supreme Court is competent only to examine cases falling within general civil matters. Unlike appeal at High Court level, the Supreme Court’s competence in a cassation is limited to ensuring that the material and procedural laws are applied consistently. As such, the court will not entertain evidentiary questions and will focus on the application of the law by the lower courts, including resolving any unsettled questions of law.

Case Review is the re-examination of a decision by the Supreme Court and is available to the appellant after a decision on cassation has been rendered. There are several grounds available to apply for case review: fraud, new evidence, lack of basis, contradiction, judicial error, etc.

A judicial decision may only be enforced if such decision is either: (1) final and binding, or (2) if by virtue of a court order the decision may be executed notwithstanding appeals or other legal processes. A decision is considered final and binding if the parties do not appeal the decision, or available appeal avenues are exhausted. Note that a party that has not resorted to case review does not prevent a decision from being executed. 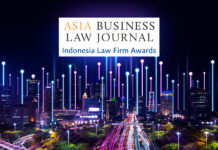 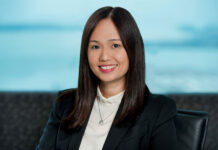