Repetitive funding crunches and an “explosion of bombs” in the real estate industry have resulted in a large number of upstream and downstream enterprises becoming unable to honour their electronic commercial acceptance bills (e-Bills).

According to the Negotiable Instruments Law and Measures for the Administration of the Electronic Commercial Draft Business, once an e-Bill is past due, a bill bearer may seek recourse against the drawer, the guarantor and all of the endorsers.

In this article, the author underlines important points to be noted by bearers pursuing bill recourse disputes.

For a bill of exchange requiring regular payments, the bearer is required to give the acceptor a reminder of payment within 10 days from the due date. Without issuing the reminder, the bearer forfeits the right of recourse against parties other than the drawer and acceptor. The reminder must be issued through the electronic commercial draft (ECD) system, as solely giving offline notification is not deemed completion of a payment reminder.

When an e-Bill becomes due, bill bearers are recommended to promptly issue the payment reminder through the ECDS system and preserve the intact certificate of rejected payment, ensuring that recourse can be sought against all prior parties.

Re-recourse persists for three months from the date of paying off or being sued. If recourse or re-recourse fails to be sought within the period, the bearer forfeits the right to seek recourse against prior parties other than the drawer and acceptor.

Recourse against the drawer and acceptor persists for two years from the bill’s maturity date. If recourse is beyond the prescribed period, all rights in the bill are forfeited. A bill bearer is advised to pay close attention to the bill’s issuance and maturity dates. Once acceptance is rejected for past due, file a lawsuit within the term of the bill as soon as possible.

In disputes over bills, debtors frequently defend themselves with “no genuine transaction background”, which corresponds to the non-causality principle of the bills, namely separation of the transaction relationship and bill relationship.

Given that greater emphasis is placed on the “commercial appearance” and efficiency principle in commercial activities, requesting subsequent parties to examine whether prior parties’ acquisitions of bills were genuine is inconsistent with the high liquidity of the bill.

Accordingly, the bill bearer’s burden of proof should be limited to the bill itself. To reduce the risk of exercising the right, where the malicious or illegal acquisition of a bill could be constituted, the bill bearer is required to preliminarily adduce evidence of the genuine transaction background, and lawfulness of the bill’s source.

Common evidence includes basic trade contract, shipping and receipt vouchers, invoices and the record of orders. A prior party with the re-recourse right, who performed the obligation of paying off, is additionally required to provide the payment receipt from the electronic bank.

Additionally, some debtors mount their defence on grounds that “the transfer of bill was invalid because the bill holding may involve private discounting, disrupting the financial order”.

On 11 November 2022, the People’s Bank of China and the China Banking and Insurance Regulatory Commission issued the Measures for the Administration of the Acceptance, Discounting and Rediscounting of Commercial Bills of Exchange, which added a provision reading: “If the bill discounting is engaged without lawful permission or in violation of state financial regulations, the action shall be punished in accordance with relevant provisions of the Regulations for the Prevention and Handling of Illegal Fund-Raising”.

The author anticipates that once these measures take effect, “private discounting” will decrease significantly, along with the defence mounted on such grounds.

In a bill recourse dispute, one bill will be endorsed and transferred multiple times through several parties. The final bill bearer can seek recourse against any defendants without regard to their sequence.

However, seeking recourse against all of the prior parties is not the wisest decision. Due to the requirement for service of legal documents in Chinese civil procedures, too many defendants will lengthen the time of service or, in the worst case, service may have to be rendered by an announcement, which is detrimental to rapid recovery of a claim.

Accordingly, before instituting a legal action, the bill bearer is advised to conduct a preliminary investigation of the credit status of prior parties – selecting those with good credit status and ability to pay as targets of recourse.

Furthermore, a bill bearer may institute legal action in the court of the place of bill payment or domicile of the defendant. If there are multiple defendants, courts with jurisdiction involved may be quite numerous.

Bill bearers are therefore advised to comprehensively consider the time and labour costs, such as trial time limit and caseload, to select both targets of recourse and court of competent jurisdiction most conducive to realisation of their claim.

Wang Zhengqian is an associate at Tiantai Law Firm 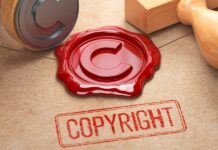