The world has witnessed some major changes to tax laws and reporting requirements dating back to a few years before the pandemic, but governments ultimately need to ensure their tax systems are simple, fair and reliable.

With the pandemic, natural disasters and wars depleting many government coffers, this article explores developments in international taxation most pertinent to the private wealth sector, with a comparative Bermuda perspective.

The most significant reform of taxation internationally is the Organisation for Economic Co-operation and Development (OECD) agreement ensuring the world’s largest and most profitable multinational enterprises (MNEs) will be subject to a minimum 15% tax rate. Finalised in late 2021, the landmark regime culminates years of intensive negotiation aimed at combatting tax avoidance in a digitalised and globalised world. The multilateral agreement is scheduled for signing this year by 136 jurisdictions representing more than 90% of global GDP, including all OECD and G20 members, for effective implementation in 2023.

The OECD initiative will effectively reallocate more than USD125 billion of profits from about 100 of the world’s leading MNEs to countries worldwide, ensuring they pay a fair share of tax on global revenue exceeding EUR750 million (USD788 million) to wherever they operate and generate profits. This will be achieved by reallocating taxing rights over MNEs from their home countries to markets where they operate and earn profits, regardless of whether they have a physical presence.

To help pay for the enormous costs of tackling the global pandemic, the International Monetary Fund (IMF) has recommended governments consider levying higher taxes on the income and wealth of the rich, at least temporarily, and particularly on property, capital gains and inheritance.

On the flip side, many governments, including Bermuda, appear to remain mindful of the potentially adverse impact that imposing new or higher taxes may have on their economies when certain economic sectors have been significantly stifled. In Bermuda, the pandemic has had considerably less of a financial impact on the financial services sector than the tourism or retail sectors. However, the IMF projects Bermuda’s economy to bounce back to its 2019 level by the end of 2022.

Many governments are carefully assessing the ongoing success of stimulus measures and need for relief measures, and the extent to which revenues may need to be supplemented by new or higher taxes. Rather than focus on introducing new and higher taxes, many jurisdictions have focused on implementing measures to stimulate their economies and provide temporary relief measures to most affected sectors and individuals.

Leveraging several initiatives during the crisis, Bermuda has fortunately been able to attract people and consequently generate government fees, customs duties and other revenue. For example, a “digital nomad visa” was introduced enabling people to work remotely for an employer outside of Bermuda for a year, with the possibility of renewal.

Bermuda’s economic investment certificate (EIC), meanwhile, permits residence and employment in Bermuda for five years for anyone making an upfront “qualifying investment” of USD2.5 million (including real estate and donations to Bermuda registered charities). It also enables the holder’s spouse or dependents to reside in Bermuda during that time, and the EIC holder additionally has the prospect of applying for a residential certificate upon expiration, for indefinite residence of the holder, spouse and dependents.

While the government has made some minor increases to stamp duties on real estate and payroll taxes, Bermuda has also provided payroll tax relief measures for certain businesses, decreased transport infrastructure taxes to relieve the tourism industry, and enabled ability of individuals to access levels of funds from certain regulated pension schemes before retirement.

The wealth of ultra-high-net-worth individuals has increased significantly during the pandemic, exacerbating the gap between the rich and poor. This concentration of huge amounts of capital among a very small group of people even brings into question whether capitalism is working effectively – and may have led to sectors of society being prepared to support a form of wealth tax or other forms of “Robin Hood” taxation.

Wealth taxes are controversial, unusual and may take several forms, and views vary over their ultimate efficiency. A 2018 OECD report titled “The role and design of wealth taxes in the OECD” recognises they can harm risk-taking and entrepreneurship. The Mirrlees Review, published in 2011 by the Institute of Fiscal Studies in the UK, rejected wealth tax, citing practical difficulties and a poor international experience by stating: “It is costly to administer, might raise little revenue and could operate unfairly and inefficiently.”

There is also a material distinction between unheralded one-off wealth tax and ongoing wealth taxes. Unheralded wealth might be difficult for high-net-worth individuals to plan to avoid, and less likely to alter their behaviour – particularly if the rationale is widely accepted as being to fund appropriate causes, and the government’s claims that the tax is indeed one-off are perceived as credible. Also noteworthy is some history of “one-off” or “temporary” taxes being introduced – and governments subsequently being seduced by the revenue stream and unwilling to give them up.

Ongoing wealth tax, on the other hand, may lead to human and capital flight from the jurisdiction and restructuring in an attempt to avoid the tax. Some countries have introduced ongoing wealth taxes only to repeal them due to failure to recover the revenue anticipated, high collection costs and unintended adverse economic consequences. For example, French Finance Minister Bruno Le Maire indicated that partial repeal of the French wealth tax in 2018 was part of reforms designed to attract more foreign investment.

Systems of taxation have evolved to meet the needs of particular economies and resources, and it is important to remember that a “global” tax of any nature will impact jurisdictions differently. At the same time, we can see that attitudes are changing towards the obligation of wealth owners to pay taxes. As the world becomes more interconnected and inter-dependent, attitudes are also changing regarding the responsible stewardship of wealth, including the manner that businesses operate and how high-net-worth individuals invest to address social, environmental and other issues. Historically, these issues may have been regarded as the government’s responsibility.

Wealth owners with philanthropic commitments may also contribute to meeting social needs. However, to what extent should unelected private individuals perform this role, rather than pay higher taxes enabling governments to do so?

The world witnessed changes to tax laws and reporting requirements dating back a few years before the pandemic that are impacting the succession structures put in place. For instance, beneficial ownership registries illustrate a move towards greater transparency to ensure assets are taxed.

The approach that governments take to taxation is critical. Firstly, they need to acknowledge the contributions that wealth owners make to their economies as business owners – so it is important to create a tax system that is predictable and doesn’t deter economic activity. Governments should strive to put into place tax systems that are as far as possible widely regarded as simple, fair and provide certainty.

Important questions for governments to consider include: What types of taxes are being collected, and what are the demographics of those paying the lion’s share of them? How much revenue is each type of tax generating? How efficient is the implementation, reporting and collection process in respect of the particular tax?

Simply increasing headline tax rates may not be widely accepted as being fair. In determining what constitutes a fair tax system, perhaps a distinction should be drawn between earned and passive income. Is it equitable for someone who has worked hard to earn a living to be taxed on their earned income at a top headline rate, when someone who lives off passive income (potentially on wealth that they were not responsible for creating) pays significantly less tax?

Important questions for governments may include: Should they be one-off or ongoing? Should they only apply in respect of certain assets? Should they only be imposed on the uber-rich, or should they apply on lower levels of wealth? The wealth tax thresholds in Spain, France, Norway and Colombia, for example, seem surprisingly low and would likely capture many who might be regarded as middle-class, as well as ultra-high-net-worth individuals.

Governments also need to be mindful of the risk of double taxation that might arise if they introduce additional taxes. Otherwise, such taxes might be less likely to be widely regarded as fair or credible.

There do not appear to be discussions or plans for any form of wealth tax to be introduced in Bermuda.

The author would like to thank Gina Pereira, Co-Managing Director of Meritus Trust Company, for her valuable input to this article 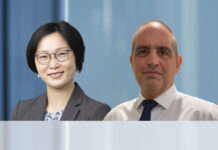 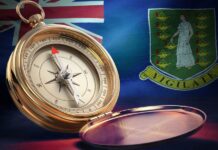 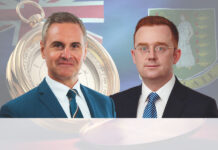 How Japan is keeping its data protection regime sharp
Global M&A activity has climbed sharply since last year, creating opportunities in emerging markets like India and the Philippines, which have relaxed and liberalised their investment policies