An interesting question has arisen under the Insolvency and Bankruptcy Code, 2016 (IBC) as to whether avoidance applications filed by a resolution professional to avoid vulnerable transactions can survive after the successful conclusion of the resolution process. This controversy has sparked widespread debate among legal practitioners and academics after Delhi High Court, in Venus Recruiters Private Limited v Union of India and Ors, held that the National Company Law Tribunal (NCLT) would have no jurisdiction to entertain and decide avoidance applications after the approval of the resolution plan, unless a provision is made to the contrary in the resolution plan.

The court arrived at the above conclusion based on its reading of section 60 of the IBC, which deals with the jurisdiction of the NCLT as adjudicating authority under the code. The court held that the NCLT could not entertain any application after the approval of the resolution plan, except those that relate to the resolution plan.

This decision has had several repercussions, which have led to various legal and practical challenges. Conceptually, the court’s reliance on section 60 may not be correct, as avoidance applications are filed under specific provisions contained in chapters III & VI of the IBC, and there is no reason to lean on section 60 to decide the maintainability of the avoidance applications. Even otherwise, section 60 has a wider import and includes “all proceedings in relation to the insolvency resolution process or liquidation of the corporate debtor” and not just the proceedings in relation to the resolution plan.

The Venus Recruiters case jeopardises the fate of pending avoidance applications in cases where the resolution plan came to be approved. One can argue that the logical corollary of this decision would be to dismiss all pending avoidance applications for want of jurisdiction. Such a dismissal would be regardless of whether delay in adjudication of such applications might have occurred for reasons beyond the parties’ control. This certainly amounts to causing the litigant to suffer due to delay in the judicial process. There is also a risk that the reasoning used in this decision could be applied to applications other than avoidance transactions.

In practice, the Venus Recruiters case may even force the NCLT to prioritise avoidance applications over the plan approval applications. This could have a significant impact on the timelines for resolution under the IBC, since the adjudication of avoidance application is typically time-consuming because of its inherent complexities.

The objective behind avoidance applications is to widen the creditors’ asset pool by bringing back the assets unlawfully diverted from the corporate debtor, and prevent unjust enrichment of one party at the expense of other creditors. Unfortunately, the Venus Recruiters case does not appreciate this underlying policy.

There have been instances where the resolution plan stipulate the manner of continuation of avoidance applications and treatment of proceeds expected from there. Such commercial arrangements are not barred under the IBC and should be encouraged for value maximisation.

However, the Venus Recruiters case is likely to raise challenges to the legality of said provisions, which may also affect the NCLT’s ability to adjudicate upon the avoidance applications. Such challenges may not align with the IBC’s objectives, and the NCLT must not be precluded from adjudicating the avoidance applications based on a technical view propounded in the Venus Recruiters case.

Given that an appeal against Venus Recruiters is currently pending before a Division Bench of Delhi High Court, the jury is still out on this issue, and it can only be hoped that the court considers these concerns and fixes them. 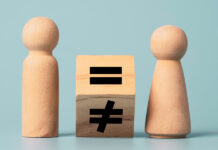 By Manisha Singh, Dheeraj Kapoor, and Simrat Kaur, LexOrbis
The rapid development of crypto-asset trading and transactions in the country has enticed the government to impose a tax on the commodity