Before this press note, Press Note 2 of 2021 amended the FDI Policy 2020 to allow up to 74% FDI in insurance sector participants, that is insurance companies and insurance sector intermediaries. However, LIC, as a statutory corporation, fell into neither of these categories. The statutory framework applicable to LIC, that is the LIC act, the Insurance Act, 1938, the Insurance Regulatory and Development Authority Act, 1999, and their delegated legislation was silent on FDI in LIC. This amendment to the FDI Policy was necessary to ensure that FDI in LIC is lawful.

By allowing FDI up to 20% in LIC, the government has treated it similarly to public sector banks, where the government holds more than 50% of the share capital, which are also allowed to receive FDI up to 20%. The essential difference is that while FDI in public sector banks is under the government route, FDI in LIC is through the automatic route. The amendment also creates a distinction between additional conditions applying to insurance companies in general and to the LIC, thereby recognising its unique position as a statutory corporation that the government will continue to control, even after its proposed IPO. Nonetheless, increasing the FDI limit for LIC and placing it under the automatic route will facilitate foreign investors’ participation in its IPO, forecast to be India’s largest.

The pandemic had an unforeseen consequence on life insurance penetration. It increased from 2.82% of GDP in 2019 to 3.32% in 2020, moving it closer to the global average. The government responded by creating an enabling regulatory framework. It issued Press Note 2 of 2021 and the amendment to the Indian Insurance Companies (Foreign Investment) Rules, 2015 (rules) whereby FDI in the insurance sector was increased from 49% to 74%. This enabled greater foreign ownership and control of Indian insurance companies.

The rules also introduced requirements relating to the management and financial prudence of insurance companies. Within a year of the rules coming into effect, a majority of directors, key management personnel, and at least one of the chairperson, managing director and chief executive officer of all insurance companies with foreign investments had to be resident Indian citizens, a term defined under the FDI policy.

These policy and regulatory changes, viewed collectively, amount to a legal and regulatory framework that recognises the growing demand for insurance and the sector’s requirement for FDI to access capital, better technology and global best practices. These in turn will enable the sector to offer more competitive products and services. At the same time, the changes ensure that critical financial sector participants such as insurance companies remain under the management and control of resident Indian citizens.

These are welcome changes. Increasing FDI in private insurers will trigger the virtuous cycle of increased competition, lower-priced insurance products and the introduction of innovative products. This will widen the choice for policyholders and provide them with better customer service and claims settlement experiences.

The changes will create deal momentum and trigger transactions involving FDI in the insurance sector. These will generate the increased resources required by the sector as the economy grows and recovers from the pandemic, which has had the unforeseen, but positive consequence of increasing insurance penetration.

Shinoj Koshy is a partner and Muskan Agrawal is an associate at L&L Partners. 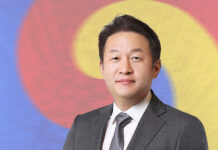