Whether an acquirer should assume the acquired party’s existing debts depends on the form and circumstances of the merger or acquisition, according to the laws and regulations currently in force.

The PRC Company Law stipulates that when an incorporated company completes a merger by absorption or by the establishment of a new company, the claims and debts of the parties involved should be inherited by the surviving company or the newly established company.

With respect to M&A and restructuring projects involving unincorporated enterprises and state-owned enterprises, the Supreme People’s Court has issued the Several Issues Regarding the Hearing of Civil Dispute Cases Related to the Restructuring of Enterprises Provisions (the Provisions) to govern issues relating to the assumption of debt upon completion of a restructuring.

The Provisions contain clauses similar to those of the PRC Company Law regarding the assumption of debts after an enterprise carries out a merger by absorption or by the establishment of a new company.

Upon completion of a merger by absorption or by the establishment of a new business, if the merged enterprise fails to cancel its registration with the authorities for industry and commerce, and a creditor sues it, a people’s court may notify the creditor of any additional liable parties, and make a ruling that such parties assume civil liability. In practice, the liable party is generally the acquirer.

An asset acquisition agreement is a sale and purchase contract. The purchaser should be in a position to buy, and does not assume the pre-existing debts of the seller.

However, the Provisions establish a different principle to govern the assumption of debts in respect of the sale of small state-owned businesses (including the sale of corporate assets). The debts existing prior to the acquisition of assets or restructuring will be assumed by the buyer or the newly incorporated enterprise legal person.

If a foreign investor acquires the assets of a Chinese enterprise, the enterprise that sells the assets should remain responsible for its pre-existing claims and debts, according to article 13 of the Foreign M&A Provisions.

The conflict between the different principles governing the assumption of debts established by the Foreign M&A Provisions and the Provisions may dissuade foreign investors from participating the restructuring of Chinese enterprises.

In connection with this, the Ministry of Commerce sent a letter to the Supreme People’s Court asking for confirmation.

The Supreme People’s Court replied that foreign investment would not be affected by the Provisions, but should be subject to the principles governing the assumption of debts established by the Foreign M&A Provisions.

Li Jian is a partner at Concord & Partners in Beijing 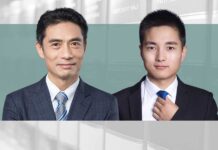 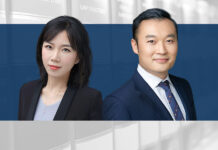 Theft of company business opportunities by directors or management