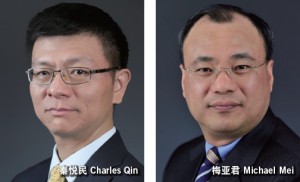 Pilot project stage (2005-2008). In April 2005, the PBOC and the CBRC jointly issued the Administrative Measures for the Pilot Programme of Credit Asset Securitization, marking the official raising of the curtain on the credit asset securitization pilot project in China. During the pilot project stage, the issuance of policies revolved around various issues encountered in the course of business practice, and such policies were constantly improved.

According to statistics, 17 separate credit asset securitization products were issued between 2005 and 2008, with the underlying assets mainly being industrial and commercial enterprise loans, personal housing mortgage loans and auto mortgage loans, and the investors including banks, credit co-operatives, securities funds, securities companies and other institutions, with banks being the major investors, accounting for 85% of the investment amount.

Growth stage (2012-2014). In May 2012, the PBOC, the CBRC and the Ministry of Finance jointly issued the Circular on Further Expanding the Pilot Programme of Credit Asset Securitization, marking the relaunch of the credit asset securitization business in China and entry into the second round of the pilot project stage, with a pilot project limit of RMB50 billion (US$7.7 billion). In August 2013, the CBRC launched the third round of the pilot project, with the project limit reaching RMB400 billion.

During this stage, regulatory policies focused to a greater extent on risk management and prevention. In 2013, the CBRC issued the Announcement on Further Regulating the Risk Retention Acts of Credit Asset Securitization Originators, specifying that originators retain not less than 5% of the underlying asset credit risks.

Rapid growth stage (from the end of 2014). Regulation of the credit asset securitization business in China hit a major turning point at the end of 2014, witnessing a change from the past’s case-by-case approval system to the filing system plus registration system.

On 20 November 2014, the CBRC issued the Circular on the Credit Asset Securitization Filing and Registration Procedures, announcing the implementation of the filing system for the credit asset securitization business. On 4 January 2015, the CBRC issued an approval document, announcing that 27 commercial banks had secured the qualifications to engage in credit asset securitization product business; and on 26 March of the same year, the PBOC issued the Announcement on the Trial Implementation of a Registration System for Credit Asset-Backed Securities, announcing that custodians and originators that had secured the relevant business qualifications from the regulator, had issued credit asset-backed securities and could disclose information in accordance with regulations, could apply to the PBOC for registration, and that during the term of validity of such registration could also issue credit asset-backed securities at their own discretion. Meanwhile regulation was relaxed in terms of the selection of the trading exchange, market making arrangements, issue timing rhythm and credit rating, giving market participants more options.

First, all of the legislation on asset securitization in China consists of ministerial-level regulations, which could lead to a relatively embarrassing situation in the event of a conflict with higher-level legislation, such as the Trust Law, the Securities Law, the Security Law, the Bankruptcy Law, etc.

Second, with respect to “off balance sheet” and determinations of the “true sale” of asset securitization products, there is still a lack of clear system provisions. Notwithstanding the existence of regulations on the accounting treatment of off-balance-sheet of underlying assets, they cannot be fully applied in the legal field since “true sale” is not a legal concept.

Third, when an originator faces dissolution, being shut down, or bankruptcy liquidation, the special purpose vehicle in an asset securitization project currently does not satisfy the conditions for full “bankruptcy remoteness”. That is because, pursuant to article 15 of the Trust Law, if the settlor is legally dissolved, legally shut down or declared bankrupt after the creation of a trust, and the settlor is the sole beneficiary, the trust terminates and the trust assets become part of the settlor’s bankrupt property. Accordingly, bankruptcy remoteness cannot be fully achieved.

The above-mentioned issues need to be addressed further at legislative level.

Find out which are the best law firms in Indonesia
Claudia Salomon lays out ICC's strategic plan for Asia
OECD’s Asean project seeks to foster competition in the region’s e-commerce sector
The definitive list of the country’s leading private practice lawyers
Please send any press releases, deal announcements, details of new hires, newsletters and any other news items to: news@law.asia