The PCA prohibits, among other things, agreements that are considered under the law to be anti-competitive. Such agreements are not limited to written or formal agreements – the law covers any type or form of contract, arrangement, understanding, collective recommendation, or concerted action. Hence, an agreement does not have to be embodied in a written contract for the PCA to apply.

Anti-competitive agreements are covered under section 14 of the PCA. Section 14 is further divided into three subsections. Knowing the subsection an agreement falls under is important in determining the possible consequences of entering such agreements, and whether the agreement is per se prohibited, or whether it may be justified by procompetitive benefits in the form of efficiency gains that benefit consumers.

The subsections of section 14 of the PCA are as follows:

Section 14(a) covers agreements between or among competitors that restrict price or components, or that involve manipulating bids. Such agreements are strictly prohibited in all cases, and cannot be justified even if they result in efficiency gains. Any party who is found to have engaged in per se anti-competitive agreements must be subject to administrative fines of up to 100 million pesos (US$1.98 million) for the first offence, up to 250 million pesos for the second offence, as well as criminal penalties resulting in fines and imprisonment of two to seven years.

Section 14(b) prohibits agreements between or among competitors that set, limit or control production, markets, technical developments or investments, or divide or share the market. Similar to section 14(a), violations of section 14(b) will result in administrative fines and criminal penalties. However, unlike section 14(a), agreements falling under section 14(b) are not per se prohibited, and may be justified if it can be shown that such agreements will improve the production and distribution of goods and services, or promote technical and economic progress, benefiting consumers.

Section 14(c) regulates other forms of agreements that are not considered as per se prohibited, but have the object or effect of substantially preventing, restricting or lessening competition. Similar to section 14(b), agreements falling under these provisions may not be considered as violations of the PCA if the parties are able to show the efficiency gains resulting from such agreements. Like sections 14(a) and (b), violations of section 14(c) will result in administrative fines of up to 250 million pesos. However, unlike the earlier subsections, there is no criminal penalty for violations of section 14(c).

In assessing whether an agreement is anti-competitive, the Philippine Competition Commission (PCC) must consider the relevant market affected, the actual or potential adverse impact on competition, possible justifications for the agreement (if not per se prohibited), possible future market developments, any overriding need to make the goods available to consumers, requirements of large investments in infrastructure, requirements of law, and the need of the economy to respond to international competition.

Individuals and corporations should carefully evaluate that the agreements they enter into will not be considered anti-competitive by the PCC, given the hefty fines and possible criminal penalties that will result from any violation of section 14 of the PCA.

Further, businesses are reminded to review existing agreements, as these are not exempt from complying with section 14. Under the transitional clause of the law, affected parties were given two years after the effectivity of the PCA, or until 8 August 2017, to renegotiate or terminate agreements that are not compliant with the provisions of the PCA. Parties to existing agreements that have remained non-compliant with the PCA beyond the curative period are subject to administrative, civil and criminal penalties. 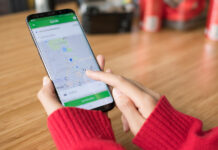 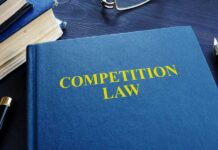 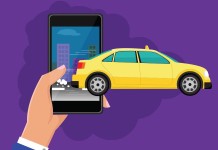 By Abhishek Malhotra and Bagmisikha Puhan, TMT Law Practice
Foreign companies establishing a subsidiary in Taiwan or becoming major shareholders of a Taiwanese company need to appoint personnel to serve on the management board