China’s Supreme People’s Court (SPC), on 26 April 2018, held a public hearing on the retrial of an administrative refusal of a three-dimensional (3D) international trademark application filed by Parfums Christian Dior.

The trademark (image 1) is a bottle that has the shape of a teardrop, with a small globe on top and an oval-shaped lower end, ornamented with gold thread in circles along the narrow neck. The mark is used by Dior for its perfume “J’adore”.

Dior obtained the registration of this image in France as a 3D trademark on 8 August 2014. On 6 November 2014, Dior filed an application for the international registration of the said mark covering perfumes in Class 3, with territorial extension to China.

On 13 July 2015, the China Trademark Office (CTMO) refused the trademark on the grounds that “the mark is devoid of distinctiveness”. On 30 August 2015, Dior filed an application for review to the Trademark Review and Adjudication Board (TRAB) which, on 22 February 2016, confirmed the refusal.

Dior filed an appeal with the Beijing IP Court, arguing, inter alia, that during the review of refusal procedure, it had submitted a three-view drawing showing that the mark contains the distinctive word part “j’adore”, which enables the mark to serve as a source identifier. In addition, the mark has acquired strong distinctiveness through use.

The Beijing IP Court issued on 29 September 2016 a judgment upholding the TRAB’s decision. On appeal, the Beijing High Court confirmed the refusal, on 23 May 2017.

Dior filed for retrial with the Supreme People’s Court, which overturned the decisions from the lower court and TRAB and ordered the TRAB to re-make its decision.

The SPC, however, did not give any clear indication on how the decision should be remade by the TRAB. Rather, the SPC commented on a procedural issue, thus revealing a loophole in the Chinese regulation, made a general comment on the need to maintain consistency between decisions, but gave no recommendation on how to assess the distinctiveness of a pure 3D trademark.

The SPC considered that the CTMO, seeing that the mark was a 3D trademark and had only one view, should have invited Dior to complete the application with a three-view drawing. The SPC referred to article 40.2 of the TML Implementing Rules, which provides that the CTMO is to give to a Chinese applicant an opportunity to rectify or complete its international application. The SPC considered that this rule should have been applied in favour of a foreign applicant, even though article 43, which concern foreign applicants, does not provide such obligation.

This revealed an obvious loophole in the Chinese procedure. In China, there is no second publication of an international trademark application. So, if a 3D one-view application is later completed by a three-view drawing, the three-view drawing is not published. The public is denied access to the supplementary three-view drawing and statement submitted by the applicant, and thus deprived of the opportunity to file an opposition. It would be advisable to create a remedial mechanism to eliminate that blind spot.

Secondly, concerning the distinctiveness (or acquired distinctiveness) of the 3D mark, the SPC based its decision on another argument developed by Dior, regarding the consistency of examination criteria.

Dior argued that it had obtained the registration of another trademark No. 7505828 (Image 2), which shows two views of the tear shaped bottle, one of which contains the word “J’adore”.

The SPC considered that, since it was not excluded that the international trademark also contained the word “J’adore”, as did the first domestically registered trademark No. 7505828, the TRAB, when re-examining the case, should be consistent with the first approval concerning the domestic trademark. However, this consistency approach can hardly be viewed as an indication on how to assess the distinctiveness of a pure shape, without any other graphic element.

When reviewing its decision, the TRAB will probably follow its “Trademark Examination and Adjudication Criteria” and adopt a global appraisal on the distinctiveness of the composing 3D shape and other graphic elements.

However, if the subject matter is a pure 3D bottle (without the word), it will be difficult to predict, based on the SPC retrial decision, how the TRAB will assess the situation. 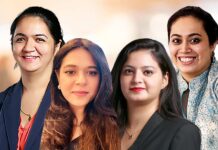 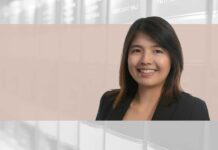