In his new role, Sakashita will oversee the firm’s end-to-end service offerings for all inbound and outbound cross-border transactions and various corporate legal issues in the region.

Jeremy Wakeham, CEO of the business division at Withers in London, said Sakashita is well-recognised among the vast but tightly-knit Japanese business community in Singapore.

“His network and expertise are also valuable to our Tokyo office, which has established a stronghold in real estate and funds, and is growing its capabilities in corporate M&A,” said Wakeham.

Sakashita, who has been based in Singapore since 2015, has represented Japanese companies on their cross-border corporate transactions and advised Japan-based private equity and venture capital firms on their investments in the region.

In a press release, Withers is preparing for increased business from Japanese companies, supported by a Japan External Trade Organisation survey report published in November 2022 that found more than 90% of Singapore-based Japanese companies will maintain or expand their presence.

Compared to 2021, the “Survey on Business Conditions of Japanese Affiliated Companies Overseas: Global Edition” report showed a 3.3% increase in the number of Japanese companies planning to expand in Singapore, home to the largest number of Japanese subsidiaries outside of Japan. 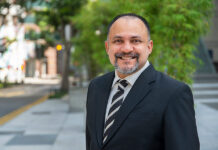 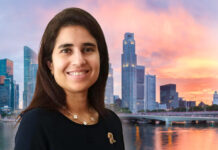