Korean law firm Yoon & Yang has hired Edward Dhong, a seasoned corporate counsel from IBM, to join as a senior member of their firm.

Dhong is expected to strengthen the firm’s focus on white- collar defence, as well as regulatory compliance, antitrust and competition practices, as there will be considerable synergy with Yoon & Yang’s recent hirings of prominent former prosecutors such as Cho Sungwook, who was the former chief prosecutor at Daejeon High Prosecutors’ Office.

Dhong spent 15 years at IBM as head of legal investigations for the Asia-Pacific, Greater China Group and Japan, where he supervised lawyers and investigators to conduct and manage investigations on potential fraud, corruption, conflict of interest and other corporate misconduct.

His earlier role at IBM included oversight of all legal matters in Korea as senior regional counsel/general counsel leading a team of lawyers and other professionals. He was also IBM’s trust and compliance officer, responsible for implementing the tech giant’s corporate compliance programmes and initiatives throughout Korea, as well as the lead lawyer managing litigation and M&A activities across the Asia-Pacific, and complex service transactions in Korea.

Prior to IBM, Dhong was a corporate and commercial attorney at the San Francisco/Silicon Valley offices of Baker & McKenzie and Coudert Brothers, with extensive transactional experience in corporate, M&A, securities, investment and other transactional matters.

Dhong has been active in other organizations in Korea, including as chairman of the In-House Counsel Form (IHCF, Korea’s largest in-house counsel group with close to 2,000 members, and a partner to Asia Business Law Journal) from 2017 to 2018. He was appointed as an adviser to the Korean government’s Anti-Corruption and Civil Rights Commission in 2016, during the final adoption of the Improper Solicitation and Graft Act in Korea.

Jeong Jinsu, the managing partner of the firm, said Dhong would “further strengthen our client-tailored corporate, white- collar defence and compliance practices which Yoon & Yang value the most”. 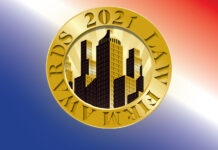 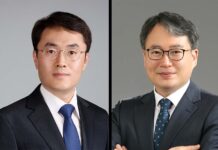 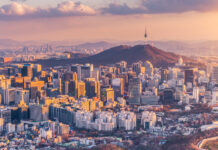