SK Group is one of the largest conglomerates in Korea, and Synn served as a senior vice president of SK Hynix and general counsel of SK Energy and SK Telecom.

Previously, the firm hired M&A lawyers Park Sung Uk and Lee S Janet as foreign attorneys, in July and April, respectively. Park is a member of the New York bar. Prior to joining Yoon & Yang, he worked at the New York and Hong Kong offices of Allen & Overy, and at Kim & Chang in Korea. Lee is a member of the Massachusetts and New York bars, and she joined the firm from Skadden Arps Slate Meagher & Flom, where she was an associate.

“The recent hires of the US-qualified lawyers are part of our broader strategy to enhance our standing and visibility, not just in the M&A practice, but in the general legal market,” Jeong Jinsu, managing partner of Yoon & Yang, told Asia Business Law Journal.

The new recruits will strengthen the firm’s practice in anticipated transactions in private equity, restructuring and technologies, according to Jeong. South Korea remains one of a handful of countries in which private equity funds have managed to make successful exits and a number of investments during the pandemic.

“The pandemic triggered rapid restructuring within Korean conglomerates, or chaebol, including sale of their non-core assets to help secure liquidity and focus on their core businesses,” said Jeong.

“Korean companies are increasingly looking to acquire key technologies and other IP abroad. That said, the Korean companies’ market-leading technologies, especially in semiconductor and biotechnology sectors, have made them attractive targets for M&A by foreign companies.”

As part of the corporate group, Yoon & Yang’s M&A team now comprises 29 partners and 75 associates. Recently, the firm advised Korean Air on the sales of its in-flight catering business for KRW990 billion (US$873 million). 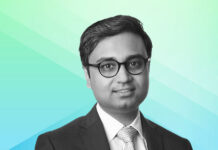 By Peter Reckenthäler and Gottfried Schüll, Cohausz & Florack
Information and communication technology (ICT) played a central role in the provision of government services in the Philippines during the pandemic
The Philippines and Japan share a long history of economic partnership and co-operation
In late 2021, a German-Japanese symposium attended by 400 international guests was held at the German Patent and Trademark Office (GPTO)