In Anhui Longlide Packing and Printing v Respondent BP Agnati, a case involving an application for confirmation of the validity of an arbitration agreement, the Supreme Court ruled that the arbitration agreement selecting the International Court of Arbitration of the International Chamber of Commerce for arbitration and Shanghai as the jurisdiction was valid. In Siemens v Shanghai Golden Landmark, a case involving an application for recognition of a foreign arbitration award, the First Intermediate People’s Court of Shanghai municipality shattered the restraints on the recognition of foreign-related elements.

However, judicial openness and support do not signify that courts can abuse their discretion in adjudicating the validity of arbitration clauses to get around the express provisions of laws or the precedents of higher-level courts. The abuse of discretion would undermine the predictability and legitimacy that laws provide. In a recent case, the Guangdong Provincial Higher People’s Court’s recognition of the validity of an arbitration clause that only specifies the seat of arbitration, rather than the arbitration institution, is an instance of such abuse of discretion.

Chloe Lin is an associate of Martin Hu & Partners 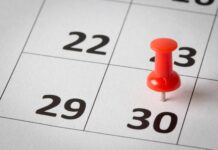 Can arbitration clauses stipulate cases shall close within 30 days?